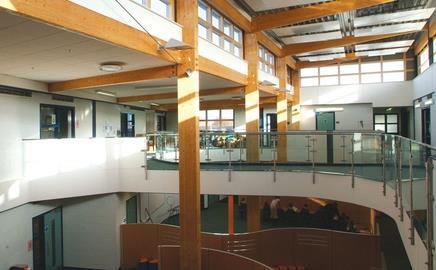 Willmott Dixon has poached a senior commercial manager from Costain to head its northern operations.

Anthony Dillon, a central figure behind Costain’s Building Schools for the Future (BSF) work, will join Willmott Dixon Construction next week as operations director for the north of England. He is the most senior appointment so far to the company’s Manchester office, which will open next year.

Dillon, who was the commercial driving force behind Costain’s recent win on the £400m Bradford BSF scheme, was also previously a regional commercial director at Birse. He could emerge as a candidate for the position of managing director for Willmott Dixon in Manchester when an appointment is made in six months’ time.

John Frankiewicz, chief operating officer at Willmott Dixon, said: “We are focused on building a senior team for Manchester and Dillon’s appointment is a major step forward in our expansion in the North-west. We try to promote from within as much as possible. However, we also want to attract the best people in the industry.”

The Manchester office, and a new office in Brentwood, Essex, are part of Willmott Dixon’s plan to push turnover to £500m over the next four years. The company also wants to double staff in its construction division, taking numbers to about 1,000.

The firm is building an increasingly strong presence in northern England, driven by framework deals with Manchester, Wigan and Cheshire councils. Its recent work includes the redevelopment of Green End primary school, whose former pupils include Oasis stars Noel and Liam Gallagher. The scheme, for Manchester council, was completed last year.