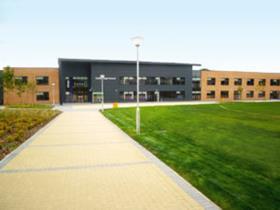 Five contractors scored places on the four-year modular framework’s £250m first lot, while a single contractor was appointed to each of the two less valuable lots.

It is understood that three firms were due to be assigned to the most valuable lot but the ESFA decided to give it to all five shortlisted bidders, Caledonian, Initiative [a JV between Styles & Wood and Extraspace Solutions], McAvoy, Elliott and Portakabin.

Caledonian and its partner architects HLM secured first place on the modular framework against 64 other bidders at the pre-qualification questionnaires stage and then against a shortlist of five at the invitation to tender stage.

The contractor said its award meant it had immediately secured two projects with a combined value of £12m.

Initiative, a joint venture between Styles & Wood and Extraspace Solutions, said this appointment was a vote of confidence in the firm’s model.

The business previously secured primary contractor status on Lot 1 of the £95m Primary Block framework and has been appointed to eight regional lots under the ESFA’s £4.4bn national School Buildings Improvement programme.

Mod C Lot 2b:  Eco Modular, and Premier Modular as a Reserve Contractor.