Work on a mixed-use scheme in the heart of Theresa May’s parliamentary constituency has finally begun – nearly three years after being given planning.

Called the Landing, the job is being developed by Hub and backed by Norwegian investment group Smedvig. 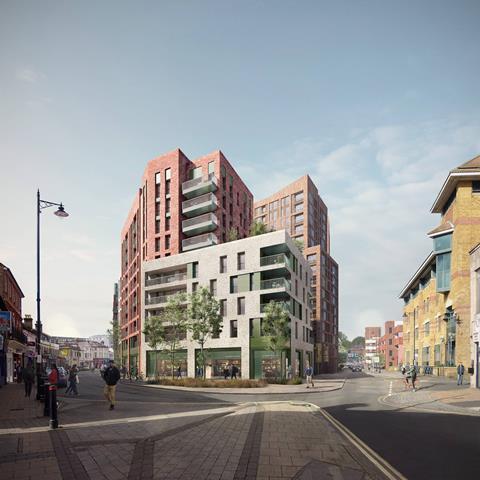 It had been held up because of funding issues but this hurdle has now been cleared after Get Living, the build-to-rent operator in which Qatari Diar and Delancey both have stakes in, agreed to forward fund the first phase of the scheme under a £155m deal.

Northern Irish contractor McAleer & Rushe had been tipped for the job, worth around £100m, but it will now be carried out by Irish contractor JJ Rhatigan which has a London office in Seven Sisters.

The scheme was given the green light in November 2018 when May, now a backbench MP, was still prime minister.

The heights of the tallest blocks have been scaled back after local groups said they were too tall to be built in the Berkshire town.

Work on the scheme, close to Maidenhead’s Crossrail station, is expected to complete in the final quarter of 2024.