Workplace injuries outnumber those from crime 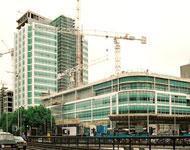 A new report has found that serious injuries at work resulting in hospitalisation outnumber those caused by violent crime.

Construction union Ucatt has welcomed the report by the Centre for Crime and Justice Studies, which says that self-regulation on health and safety has decriminalised death at work.

The report argues that as much attention and resources should be devoted to dealing with workplace crime as is spent on conventional crimes such as murder, street crime and robbery.

Alan Ritchie, general secretary of Ucatt, said: “This report must serve as a grim wake-up call for the Health and Safety Executive. Their obsession with the policies of self-regulation means that many workers are needlessly killed at work every year.

“If they do not have sufficient resources to protect workers they should say so rather than spout the mantra that business must regulate itself.”

Ritchie added: “Sixty-nine construction workers were killed at work last year. In the vast majority of cases their deaths were barely mentioned in the media.

“Too many people consider deaths on construction sites as almost an occupational hazard. Those attitudes must fundamentally change if the numbers of deaths and injuries are to be seriously reduced.”

An HSE spokesperson said: "The Health and Safety Executive is committed to enforcement and holding failing duty holders to account for breaches of health and safety, but it is wrong to suggest that all work place injuries and fatalities are caused by criminal acts or events.

"The issues of work place health and safety requires a continued effort by employers, employees and their representatives and cannot be achieved by HSE alone, whatever the number of inspectors."