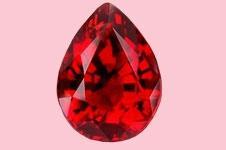 Wrekin administrators Ernst & Young have received a ruby from the company owners that is reportedly worth £11m.

The so-called Gem of Tanzania was used by owners David J Unwin and David G Unwin to bolster its balance sheet before it went into administration this month.

Since the collapse, the valuation of the gemstone has been called into question after an Italian institute that reportedly valued it at £11m denied having ever seen it.

The denial followed initial uncertainty over its whereabouts.

An Ernst & Young spokesman said: “The administrators have today taken possession of the gemstone reported to be the Gem of Tanzania which will be retained in secure storage whilst they continue with their enquiries in this regard. Until their enquires are complete they have no further comment to make.”

It is understood the administrator will now have to ascertain its value and ownership.

Auctioneer Christie’s has said the highest recorded price for a ruby at auction was £2.6m in 2006.