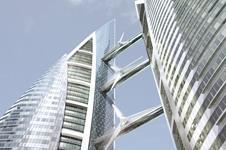 The group made the announcement as part of its preliminary results, released today.

It said it staff numbers had reached a peak of 18,600 in November 2008, but worsening market conditions in the UK and Middle East commercial and residential property-facing businesses had led to the redundancy of 1,200 staff.

Despite this, chairman Ed Wallis said it had been a “successful year”, with average staff numbers up by 6%, as it continued to fill specialist vacancies in other areas of the business, such as its nuclear division.

The group also increased operating margin to 6.9% and announced a strong operating cash flow of £125.5m with net funds of £234.2m.

“The continued development of the group and the improvement in operating margins have been achieved against the backdrop of a challenging economic environment in the second half of the year,” said Wallis.

Meanwhile, senior independent director and chairman of the Audit Committee James Morley has announced he is to retire from the board of Atkins on 30 June.

Joanne Curin, who joined the board as a non-executive director on 10 February 2009, will take the chair of the Audit Committee on 30 June. Lord Boyce will assume the role of senior independent director, also on 30 June.