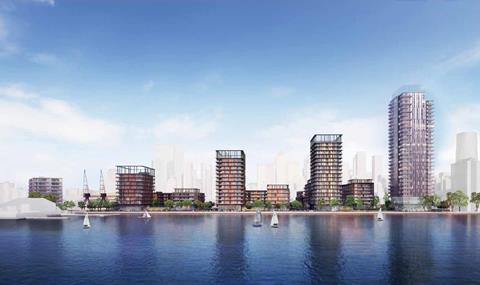 WSP has landed a role to provide structural and geotechnical engineering for media mogul Richard Desmond’s redevelopment of Westferry Printworks in the Docklands.

Northern & Shell earlier this week confirmed Mace as the development manager on the 15-acre scheme, which was revealed by Building in November last year.

London & Regional previously held the role on the PLP-designed scheme, which will include towers rising up to 30 storeys.

The site has also been designed to allow up to 75% of the land to be used for open spaces and waterside walks, two new parks and a new south facing dockside waterfront promenade. Demolition works have started on site.

Jane Richards, head of structures at WSP PB, said: “We’re proud to be working on a project where the unique, long term investment approach will provide the local area a lasting legacy. Our structures business is built on our reputation for tall building design that creates new communities and sustains existing ones, and Westferry Printworks continues our longstanding involvement with the most iconic projects in London and the Docklands.”