WSP nabs another director from rival 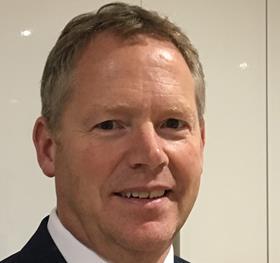 A growing pipeline of rail and highway contracts has seen WSP appoint another boss to its transport and infrastructure business following directors poached from Network Rail and Arup.

Iain Salisbury (pictured) has become design and build director at WSP’s Glasgow-based highways team, moving from Jacobs where he was a project director with his spell there including a stint on the loss-making Aberdeen bypass now being built by Balfour Beatty and Galliford Try following Carillion’s collapse in January.

In spring Andrew Dodds joined from Network Rail to become deputy group director of rail engineering services for the south of the UK, while Steve Burrows joined over the summer from rivals Arup to assume the equivalent role in the north of the UK.

Dodds is based in Birmingham and works on securing new work in the south, as well as helping oversee delivery of existing projects such as HS2’s Birmingham Curzon Street Station and Old Oak Common Station.

Burrows, who led the rail team’s digital transformation portfolio at Arup, is based in Manchester.

WSP has also been beefing up its transport and infrastructure business across the Atlantic. In July, the firm, which is working on the deal to move MPs out of the House of Commons and into temporary accommodation while the Palace of Westminster is refurbished, snapped up US consultant Louis Berger for $400m (£304m).