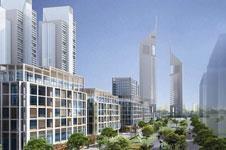 WSP Group has announced pre-tax profits of £25.4m in its preliminary results for the year ended 31 December 2009.

In the chairman's statement, David Turner, said performance was in line with expectations in what has been a particularly testing year.

He said: "As we move into 2010 we believe our business is appropriately positioned for current market conditions following timely restructuring, and it remains well balanced between the public and private sectors in our different regions."

The profit figure includes absorbing £6.2m of restructuring costs, which saw staff levels drop by around 1,000 to 9,000 people.

The company made a trading loss of £2.4m in its Africa, India and Middle East region on turnover of £49m. The slowdown in Dubai led to a significant restructuring of the business in the region with staff levels falling by more than 40% to around 450.

In the UK, private sector work was significantly reduced. Allthough clients remain cautious, the company said there is some limited demand for construction and projects are starting to be developed.

The company has also increased its diversity within infrastructure, securing significant long-term awards in the rail and water sectors.

Activities in the US also saw a similar downturn.

The European business, which is heavily weighted to the public sector, had a good year with overall revenues and profits higher than in 2008, and a strong performance across the transport and infrastructure, environment and energy and management an industrial sectors.