Zaha Hadid Architects has won the masterplan competition to deliver a nine-building mixed-use development in the Russian port city of Novorossiysk, on the Black Sea coast.

Its proposals for the city, drawn up in conjunction with Russian practice Pride TPO, cover a 13.9ha footprint. The masterplan’s first phase will include facilities for civic, cultural and corporate events as well as a waterfront hotel on the city’s Tsemes Bay.

ZHA pipped second-placed practice Miralles Tagliabue of Spain, twinned with Russian practice Progress, to the job – as well as the third-placed team which brought together Rudy Riccotti of France, Russia’s ProjectService and Belgium’s JNC.

Construction of the masterplan’s first phase is due to start in the second half of 2019. 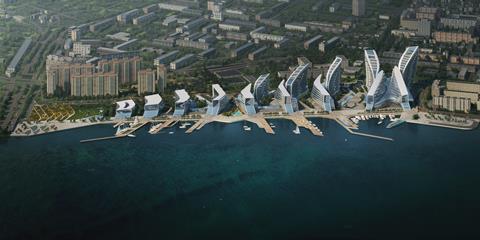