Zaha Hadid has won the scheme to design a new parliament complex in Iraq – despite coming third in the original RIBA-run international competition.

BD understands the deal was signed at the Iraqi embassy in London’s Queen’s Gate last month with Hadid herself attending the signing ceremony. 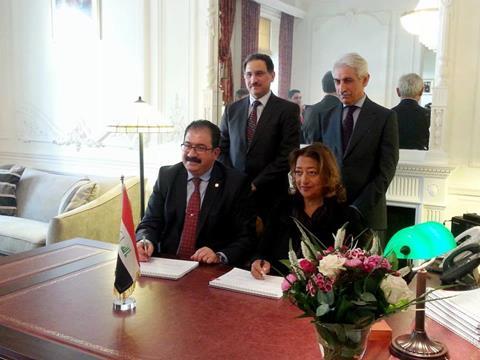 But the deal has been shrouded in secrecy with leading Iraqi architectural critic Ihsan Fethi complaining that he has yet to see what Hadid’s design looks like.

“I personally tried in vain so many times to even have a quick look at the design with no success,” he said in an email sent by the Iraqi Architects Society. “Of course this is contrary to the principle of transparency and it is absolutely unacceptable for us Iraqi architects, or any Iraqi citizen to that matter, to be prevented from seeing what their Parliament would look like. We absolutely have no idea.”

The competition was originally won by a team led by 10-year-old London practice Assemblage which also included engineer Buro Happold and the Shard’s executive architect, Adamson.

Assemblage was given a score of 88% by the RIBA jury, while Zaha Hadid Architects lagged behind in third on 76%, with Capita Symonds second on 81%.

Assemblage director Peter Besley confirmed it had been paid its $250,000 first prize but added that discussions between it and the Iraqi authorities dried up soon after it was told it had won in August 2012.

Last year BD revealed that Zaha Hadid was still in talks with the project’s technical committee but a spokesman for the practice said these “have been initiated by and are in response to the committee’s technical queries”. 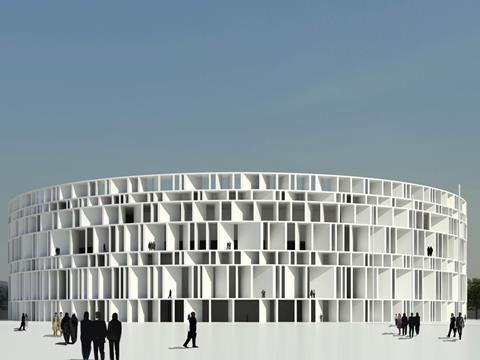 Besley confirmed to BD that it had been told in private “months ago” that it had lost out on the scheme to Hadid and added: “We were completely frozen out. We have never been officially told we were not getting the commission. Like many things in Iraq, they start off on the right foot but don’t carry it with the transparency that’s required.”

The RIBA was brought in to make sure the competition was properly run and to avoid allegations of corruption. But under the rules, the client — the Iraqi Council of Representatives — does not have to pick any of the designs put forward.

The RIBA jury, which included ex-president Sunand Prasad and former architecture minister Alan Howarth, visited Baghdad in summer 2012 and last year Howarth admitted “there are rumours the Iraqis are taking their own decision”.

Another juror said Hadid’s design was “very convoluted” and added: “Alan Howarth was very clear the design needed to be all about how MPs meet their constituents and how people get together — but her scheme threw everyone apart.”

The project carries a $1 billion price tag and will be built on a 50ha site at the disused Al Muthana airport in Baghdad, which was due to be the location of a super-mosque planned by Saddam Hussein until he was toppled in 2003.

As well as the main buildings, the parliament site will also feature a host of others which will house government departments and administration.