Overheating, the beginning of the end? 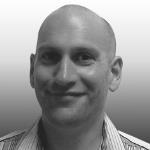 Back in 2015 I wrote a report on the risk of overheating in homes in London which came to the conclusion that in most cases even well designed new flats would overheat in warmer summer months, meaning urgent action was required. The report made several recommendations and I’m pleased to say the first one has come to pass.

The new CIBSE Technical Memorandum 59 is now out and sets a methodology for assessing the risk of overheating in new homes. The methodology is complex but essentially allows for an adaptive approach to overheating and for new weather files to be used that provide an allowance for expected near-term climate change.

What it also sets out is the assumptions we should use in terms of occupancy, internal energy uses, when windows open, etc. referred to as profiles. In the past consultants have used different profiles, which meant we would get varying results with the issue that a consultant would use optimistic profiles to reduce the apparent risk of overheating and action required to deal with it. From now on we should all be using this new standard as it should give greater confidence in findings as well as making our models better match reality. Note there are exceptions such as when dealing with specialist accommodation or vulnerable residents.

At WSP we have been aware of the draft methodology for a while and have been experimenting with it. The early conclusion we have come to is that in most cases flats will be deemed at significant risk of overheating and even for some houses and dual-aspect flats will as well. This is the case even when we take reasonable measures around glazing levels and use all-electric systems to reduce internal heat gain. Even if you can implement severe methods to reduce overheating the cure can be worse than the illness. For example, very low daylighting levels and very high mechanical ventilation rates.

This has already horrified some, have we now mandated cooling as the only option by the back door? I believe this is an important moment where our industry has finally caught up with the reality. Flats in urban centres do overheat due to mainly to internal gains, (often exacerbated by communal heating), the urban heat island and ever increasing density, which has very little to do with modern insulation standards. I am not pro-cooling but when the evidence on overheating and a warming climate is this clear we need to respond to it, not put our heads in the sand and say that it is against low carbon design. We should, of course, use passive methods to reduce it but there are limits.

On a longer term note I think this points to a post-carbon issue. I would argue that our energy system is decarbonising so fast that in 10-20 years the issue of low carbon design will be redundant, and energy will be in abundance. We should ensure that we don’t repeat the mistakes of the past by trying to solve today’s problem and refusing to use cooling to create the inhabitable homes of the future. A recent WSP paper actually looked at time of use issues and cooling loads tend to match solar generation, so any additional electrical cooling demand can match well with solar power deployment.

In our report in 2015 we made several recommendations and these have only been strengthened and I implore authorities, developers and planners in cities in southern Britain to follow them: