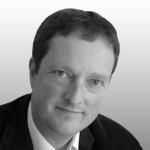 The UK is on course to miss a key EU energy target – the requirement to produce 15% of the UKs total energy needs by renewables sources by 2020. We could even face fines for our misdemeanour. Whether the fact that the UK will not be part of the EU in 2020 will have any bearing on this only time will tell, although I suspect it is one of the many items that will be negotiated.

Does this mean that the UK has been lax in its attempts to address climate change?

Some will say that this is the case, but as I shall illustrate – the UK has been amongst the most diligent and has outperformed our continental friends in many areas.

The key objective of climate change policy is the reduction in Green House Gases (GHG) – the most important being CO2 – from the burning of fossil fuel. This is the measurable output that should be used to judge the success of otherwise of any climate policy.

In terms of CO2 reduction, the UK has really delivered in comparison to our peers.. The country has reduced its emissions by 31% from 1990 levels using a combination of demand reduction – by far the most cost effective approach. Also, fuel switching (such as from coal to gas) and by increasing renewable power generation primarily wind and solar. Unlike many of our EU partners the UK has limited hydropower options.

While renewable energy is an important part of the longer term CO2 abatement strategy, its role in any given economy will depend upon the structure and demands of that economy – its geography and natural resources. It is an input measure and should not have been set up as a measurable target as this only distorts local policy.

This is the same argument as is seen in education, is it the attainment of students or the money spent that is the objective and therefore right to be targeted?

For an economy, the best place to direct resources to achieve the output may not be in renewables, but in demand reduction. With much of the money spent on the former, scarce resources are therefore allocated to this latter approach, but is this economically and environmentally sensible?

The amount of renewable energy capacity is an input measure. By increasing the capacity of renewables, logically the lower overall CO2 emissions. The difficulty with this is that installed capacity doesn’t necessarily relate directly to the amount of CO2 reduction. For example, poorly sited wind turbines might not generate the anticipated energy or perhaps the annual wind profile is lower than expected. In other words it is not a reliable proxy measure of CO2 emissions, much better to measure the ultimate output measure, CO2 emissions.

Energy capacity needs to meet demands. It is widely accepted that the most cost effective approach is controlling demand, an approach that helps consumers with lower bills and in some cases improved comfort and amenity. Investment in renewable infrastructure is a more expensive option despite significant cost reductions over the last decade. Significantly the cost result in added costs to consumers.

Consider the UKs carbon reduction progress. The UK has successfully pursued a demand reduction policy, but has been slower at achieving the necessary changes to key elements that count towards the 15% renewables target – such as renewable heat and transport. So while the UK may fail to achieve its renewables target it has achieved a better CO2 reduction than either Germany (23%) or France (15%). Only the old eastern European states have performed better.