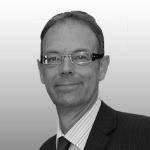 Whatever the result of the general election, one thing’s for sure – the need to build more houses will continue to be a hot topic for political debate for the duration of the next parliament.

What’s also clear is there is a consensus that social landlords must play a major role in increasing supply.

The current government had already said as much in its white paper earlier this year and now Labour has committed to building at least a million homes in the next five years with half of them being council houses.

That pressure to build is gradually leading to innovation. We’re seeing the first signs that modular construction could play a bigger role; for example, housing association Your Housing Group’s partnership with a Chinese firm to build homes via new offsite factories.

In many ways it’s puzzling why it has taken the social housing sector so long to embrace modular. My own discussions with landlords and modular firms have led me to believe that we need a specific solution for social landlords.

The sector is well known for collaboration across a range of activities – could this be the next? It’s something that will be discussed at PfH Live at Housing 2017 in Manchester next month.

There are universal advantages to modular that particularly chime with the needs of housing associations. For example, the speed at which developments can be completed –12 weeks rather than around nine months for traditional build – minimises the disruption to tenants.

There’s an opportunity here for landlords – particularly those that use direct labour organisations (DLOs) – to effectively build their own high quality homes while upskilling local people.

It’s more flexible, both in terms of adaptability and the fact that it can be easily relocated or serve as temporary accommodation.

Being able to future-proof housing is pertinent given the ageing demographic of social housing tenants whose needs will change in coming years. The same goes for the option to house people quickly when you’re faced with long housing waiting lists or a major refurbishment programme.

But perhaps the most exciting aspect is the way in which modular can deliver on wider social and economic goals. There’s an opportunity here for landlords – particularly those that use direct labour organisations (DLOs) – to effectively build their own high quality homes while upskilling local people.

One modular producer I recently visited in the West Midlands estimated a single warehouse taking in pre-manufactured units for assembly could deliver 250 homes a year.

We know the size and scope of landlords’ house building programmes varies hugely and that from a financial perspective, modular works best in high volumes. But by working together – perhaps on a regional basis – they can aggregate their demand, scale up and reduce costs.

And through better procurement processes it’s possible to gain even greater value for money.

Modular housing isn’t for everyone and must be seen as just one part of the overall solution to driving up housing supply.

However, in the context of the social housing sector it presents an intriguing scenario: one where landlords produce their own homes, reduce their costs, create local employment and training opportunities and exert far greater control and certainty over the supply of new homes for their customers.