Reinventing construction: how does the industry keep up?

The construction industry is struggling  to keep up with a variety of challenges. At Ryder Architecture’s launch of the Reinvention for an Exceptional Construction Industry campaign, some of the industry’s key voices discussed the steps we need to take to transform the industry. 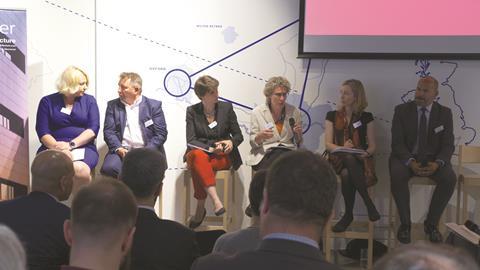 The panel (left to right):

This event can be viewed on demand. Register and watch the event replay here 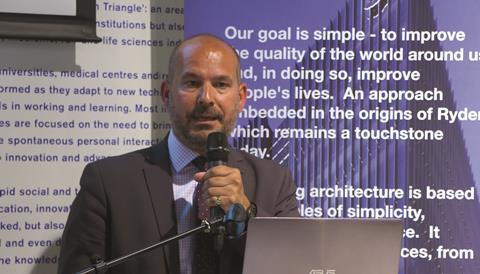 In his landmark October 2016 report on the state of the construction industry, independent consultant Mark Farmer issued a stark warning to companies operating in the sector – modernise or die. Eight months later, a devastating fire destroyed a residential tower in west London and seven months after that the country’s second-largest construction company collapsed under the weight of its debt. Both the tragedy at Grenfell Tower and the demise of Carillion exposed the industry’s deep-seated weaknesses in a manner even Farmer could not have predicted. The events also vindicated his call for urgent change to the sector’s structure and working practices.

"We wouldn’t start with what we have if we were to design an efficient construction industry today, so let’s reinvent it"

At the Building Centre in London on 7 June, international architecture practice Ryder launched a campaign called Reinvention for an Exceptional Construction Industry, which seeks to establish a direction for the industry’s future and create the momentum for change.

“We wouldn’t start with what we have if we were to design an effective construction industry today, so let’s reinvent it,” says the campaign, which was prompted by Ryder having collected 10 years’ worth of independent client surveys that painted a troubling picture of the industry’s trajectory. 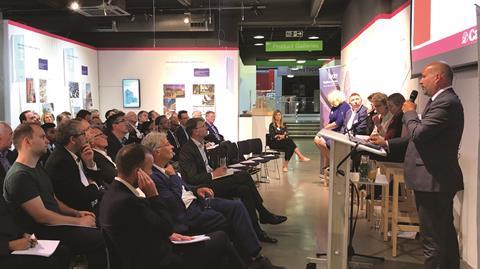 “Over the 10 years there were increasing levels of dissatisfaction and concern – people were increasingly recognising a dysfunctional industry,” Ryder senior partner Peter Buchan said in his opening remarks. “We want this [Reinvention] to be a catalyst for effecting real, lasting change.” He called for the industry to “do for construction what Google Maps has done for cartography”, pointing out that its current ways of working were designed for an era before digital technology.

The event was anchored by a keynote speech by Farmer himself, which was followed by a question and answer session between the audience – hailing from 75 different organisations from across the industry – and a panel of experts. At the end, attendees were invited to sign up to one of several working groups that Ryder hopes will help chart a new course for the industry over the coming years.

In his speech, Farmer argued that there was a chronic sense of discontent about construction, both within the industry and among the wider public. The Grenfell fire and Carillion’s collapse were emblematic of this malaise, he said, but so were wider negative patterns such as a series of companies struggling to keep afloat, the housing crisis and problems on major projects such as Crossrail. 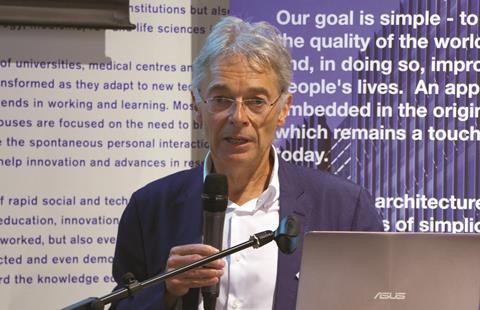 “The industry is starting to realise there is something fundamentally wrong with the model. I’m cautiously optimistic that we are entering a period when we will finally transform it,” he stated.

He said that greater scrutiny of the construction process in light of the Grenfell fire would drive a bigger focus on compliance and enforcement, and therefore on the use of technology and on manufacturing processes.

Farmer outlined what he perceived to have been some of the key factors that were driving change in the industry – including demographic shifts, public policy direction and technological change. On the former, he said: “The demographic challenge and the skills and resourcing issues [today] look very different to what we faced in the past.” 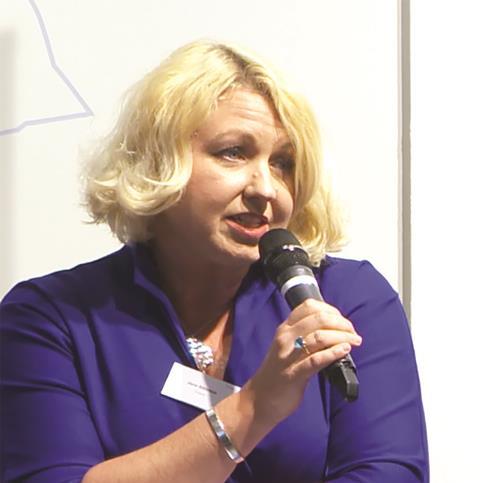 With regard to public policy,  Farmer said he had seen an “acceleration” in the government’s willingness to help modernise the industry – the housing, infrastructure sectors and modern methods of construction (MMC) in particular – over the past six months, as well as support from the opposition Labour Party and the London mayor’s office.

Farmer pointed to the government announcement last November of the presumption in favour of MMC and offsite manufacture for some of the biggest government departments as a bold move towards reshaping the supply chain, alongside a recent announcement by 16 London councils that they would act as modular housing companies.

This renewed view of the industry as a manufacturing-led sector is a cause for optimism, he suggested, as it creates chances to streamline and standardise processes. “We need to think differently about manufacturing and reassess how we think about design,” he said, adding that mass customisation need not mean eliminating design flair or excluding SMEs. “There are examples of small businesses embracing the manufacturing agenda and in many instances being more disruptive than some larger players.” 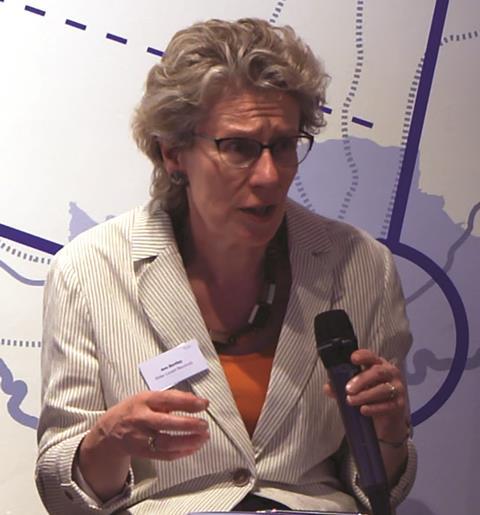 On technology, more broadly, he hailed artificial intelligence and augmented reality as tools that would improve the industry. He challenged the idea that they necessarily threatened people’s jobs. “I see the opportunity for augmentation, not replacement – it’s an opportunity to get away from the more mundane stuff we do and focus on added value.” 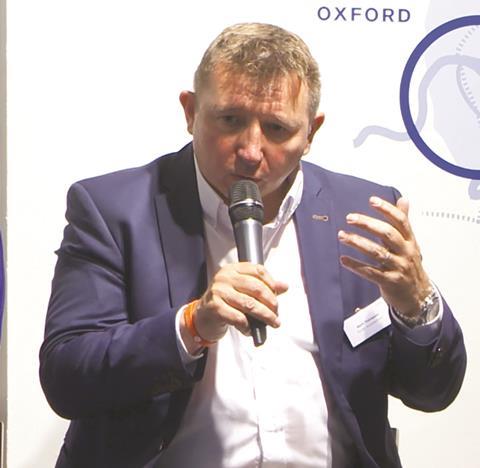 During the panel discussion, Jane Atkinson, director of special services at industrial services provider Cape, described how virtual reality headsets were now routinely used in her company by scaffolders to help them recognise risks, and how digital tools such as iPads meant work such as quantity surveying could be quickly turned around on site.

Dorothee Citerne, an associate at Arup, said a fear of change and a lack of trust and appropriate skills were preventing the industry from embracing new ways of working. “We don’t even know the people we will need [in the future], so we need to be open-minded about who we hire. Also if you really want to develop the full potential of your team, you need trust, which is a key factor for innovation as it’s a risky business. Clients have a big role to play in that.”

Mark Thompson, managing partner at Ryder Architecture, took up the issue of skills in the context of education, calling for BIM to be treated as a tool, rather than an add-on. He argued that education in the construction industry was too fragmented and called for the return of polytechnics for the built environment that teach the industry’s disciplines.

“If you want to be a doctor you go to learn about the body – some become GPs, some become brain surgeons, but they know enough about everything. Nobody in the construction industry does that,” he said.

This issue of fragmentation was a recurring one. Ann Bentley, global practice director at Rider Levett Bucknall and member of the Construction Leadership Council, said the industry was split into too many professions and that sharing of best practice was patchy. “I’m trying to bring what we already have to the fore and ensure everyone has access to the same quality of materials and best practice. Institutions need to publish their information in a digital format that we can all understand and get free access to – we all need to be less protective over our intellectual property.”

Farmer warned that there would always be limitations to technology such as BIM without fundamental changes to the industry’s structure and procurement methods – an issue that has been at the top of the agenda ever since the Grenfell fire highlighted the lack of a “golden thread” of information running through construction projects.

“We have to have an integrated delivery model that brings together everyone in the right way,” he said, pointing to entry of vertically integrated businesses offering end-to-end construction services as a potential game-changer. He named US-based offsite construction firm Katerra as a successful example, noting that Legal & General and Berkeley are on the brink of offering something similar.

“Getting housebuilders and developers combining with manufacturers, contractors and suppliers is tricky. When you take the transactions out of it, you’re not dependent on third-party demand – you are your own client. You will see Katerra-style disruption happening in the UK in the next 12 months.” 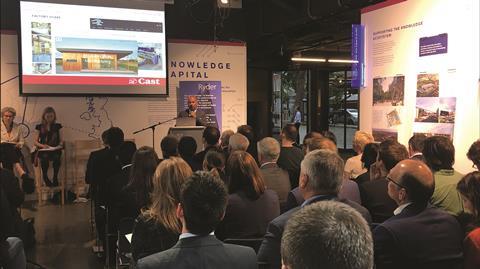 The room watches a presentation discussing how construction needs to change

He also pointed to the proposed “logistics hub” strategy for Heathrow airport as an example of “simulated vertical integration” – up to 70% of the project might be built remotely by multiple businesses clustered in four locations, he said.

Atkinson referenced the nuclear sector’s approach to procurement as something the construction industry could learn from – heavy regulation means “every nut and bolt in every power station” has to be traced.

Bentley is optimistic about the potential for more of this kind of collaboration now that frameworks tended to last longer, as this creates greater incentives for partnerships. “Not very long ago, a long framework was three or four years and some were renewed every 12 months. [In that context] the ability to form a real integrated supply chain was difficult,” she said.

She pointed to the water and nuclear sectors as areas that are now thinking in the longer term – with frameworks lasting up to 15 years: “That will fundamentally change the way people respond to projects.”

The industry may be at a crossroads, but Bentley had an encouraging overall message for the gathered audience. “It’s easy to get drawn into this spiral of decline about the industry, when there are many good examples of good stuff out there. If I wanted to change a single thing it would be to focus on the good stuff.”

If you wish to join the collaborative campaign, please email reinvention@ryderarchitecture.com

This event can be viewed on demand. Register and watch the event replay here