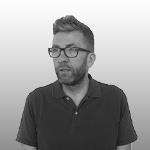 News that architect Amanda Levete is thinking of opening an office in Paris in part as a response to Brexit should make UK plc worry.

Enough people have been warning that Brexit could see firms pull out the UK, head overseas and gradually reduce their British operations.

This week, health secretary Jeremy Hunt was photographed on his way to a Cabinet meeting in Downing Street with a dossier that said: “Hard Brexit means people fleeing UK.”

If Levete does open an office in Paris, who’s to say that her London base, where 55 people are employed, might one day play second fiddle to the one in the French capital? The problem is no one can be sure and if firms like Levete’s and Rogers Stirk Harbour & Partners – which has revealed that some of its EU staff are applying to become British citizens – are worried, then lots of others will be as well.

On the same issue, housebuilder Redrow says Theresa May’s plans about the status of EU workers in the UK have done nothing to ease fears about a looming skills shortage in construction because of Brexit. Chief executive John Tutte says the industry needed more time to develop the homegrown skills and take up the slack caused by disappearing overseas workers who are often transient.

It’s no use critics saying “well, firms should have done this years ago”. Business has to deal with the here and now. The problem is that as far as the wider construction industry seems to be concerned, the government doesn’t seem to have much of a plan on what to do.