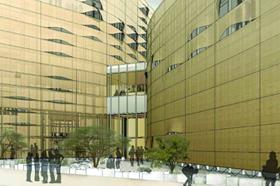 Architect Austin-Smith:Lord has returned to profit despite the firm’s financial troubles continuing to take a heavy toll.

The architect has been in a company voluntary arrangement (CVA) since November 2011 to keep itself solvent.

It was forced into the arrangement after its Abu Dhabi client Adach refused to pay £11.5m in fees for work on the Qasr al-Hosn cultural quarter in Abu Dhabi.

However, the firm continued to be weighed down by costs relating to the CVA and the company’s subsequent restructure, which saw it close its London office in March 2012.

Writing in the accounts partner Iain Wylie, said: “Despite difficult trading conditions and major restructuring we are confident that the business has stabilised and can look forward to a return to strong operating performance in the coming years.”