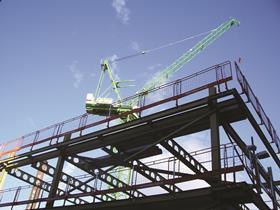 The construction industry grew over the final quarter of 2013, with the industry experiencing three consecutive quarters of growth in activity for the first time in five years, according to the latest trade survey from the Construction Products Association (CPA).

The survey found a balance of 15% of contractors reporteda rise in activity in the fourth quarter, although this was down from a balance of 43% that reported a rise in the third quarter.

Key findings from the survey also include:

Noble Francis, economics director at the CPA, said the economic recovery was continuing but that “risks remained”.

He said: “The rises in activity were slower than in previous quarters, and orders for new work similarly decelerated, potentially highlighting uncertainty amongst contractors as to whether the recovery would be sustained.

“Growth was driven by the housing sector, though this was partially offset by a drop in repair and maintenance work.”

He added that tender prices rose again in the fourth quarter of 2013, but that these rises were mitigated by inflation in costs, mostly due to increased labour, energy and transport costs. “As a result, most contractors reported a fall in profit margins despite the improving demand over the past 12 months,” he said.

Stephen Ratcliffe, UK Contractors Group director, said:  “While contractors reported a slowdown in output growth this quarter, the trend over the last year remains one of modest recovery.  Unlike housing, the broader construction sector remains a lagging indicator and we would expect the main growth to come later than the wider economy.

“Rising labour costs highlight the need to tackle skills shortages as we move towards recovery, and for a clear pipeline of future work so firms have the certainty to invest in apprenticeships and other long term training programmes.”