Firm to place 9.99% of share capital to finance development pipeline across mid-ranked universities 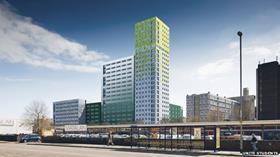 Student accommodation developer Unite Group is aiming to raise £115m through a share placing to fund its development pipeline in key university towns and cities.

The firm will place 20.1 million shares on the stock exchange at a price of 25p a share. The shares represent about 9.99% of Unite’s issued ordinary share capital.

The company is assessing £600m of potential site acquisition opportunities, with a number at an advanced stage of discussion. Unite said it expected the raised capital to be fully committed in the next 12 months, with about half used to acquire new units and half used to fund its 2018 development pipeline in selected university towns and cities.

The move comes in response to a rapidly expanding student housing sector. In the first quarter of 2015 alone, about £2.6bn of transactions were completed in the sector, exceeding the total value of transactions seen in 2014.

Unite said: “The student intake for 2014/15 was the highest ever and with the removal of the student number cap, there is likely to be sustained growth in student numbers in the longer term, while the supply of new accommodation is still struggling to keep pace with this growing demand.

Middle-ranked universities, which have been constrained the most by the cap and where Unite has a strong presence, are arguably best placed to benefit; however, they may lack the accommodation infrastructure to support the future growth in student numbers.”