How to assess the coalition's legacy

The impact of the coalition’s policies on towns, cities and countryside appears to be random, and maybe that’s the intention behind mixing free market ideology with community localism 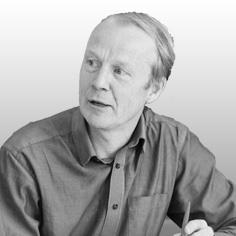 How long does it take for a political administration to make its mark on the built environment? Fifteen years on the legacy of the urban renaissance spawned by the Urban Task Force is very visible.  High density and mixed-use development with quality public realm can be found across our city centres. But what of the coalition government - how will it be remembered by the future in the appearance of our cities, towns and countryside?

Maybe it is too soon to say but one word springs to mind …”random”. This is not a government that has delivered vanity projects or even turned new housing estates into eco-towns or “garden cities”.  Most of today’s major infrastructure – such as Crossrail and HS2 – started years ago and little has begun in the last five years. There isn’t any evidence for a strategic regeneration of our great cities and little sense of planned change to our villages or countryside. Ministers have stepped back from getting involved and, unless you’re a traveller or wind turbine, shown less and less interest in taking over planning decisions.

Ministers have stepped back from getting involved and, unless you’re a traveller or wind turbine, shown less and less interest in taking over planning decisions

The coalition will not be remembered for grand projects. It is more in the almost random impact of permitted development rights or the new bundle of community rights that the legacy will be found. The contradictory forces of localism on the one hand and reduced planning control on the other are being played out in our built environment. The consequences are mixed and the conflicts clear.

Office blocks are being turned into flats even on industrial estates and in employment clusters. Barns are being converted almost regardless of location. The scatter of neighbourhood planning, largely in rural parishes but now taking root in our cities, offers the promise of more community control to some but not everyone. We have all been surprised by the astonishing 230 towers in the development pipeline that are set to puncture the London skyline. A sorry legacy of poorer quality homes on smaller sites is just about to begin. In some areas it is the unintended consequences of localism - such as the major rethink of the South Bank redevelopment once its famous skateboard park had been listed as an asset of community value – that has shaped the future.

Yet, behind it all, there is something that connects these seemingly random outcomes. It is that there is little to connect them. And that perhaps is the cunning plan that exists after all. It is the contradictory mix of free market economics and localism randomly playing out in our built environment that will leave its mark for years to come.

Tony Burton is a free range community, planning and environment consultant.  He is on Twitter as @Tony4Place

Read an indepth appraisal by Ike Ijeh, Building’s architural correspondent, of the coalition’s contribution to the built environment, available here.