Prefabrication can have a positive impact on architecture 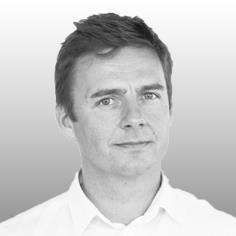 Following last year’s Farmer Review, attention has once again focused on using modern methods of construction (MMC) to find solutions for the challenges faced by the construction industry. We have been talking about harnessing the benefits of MMC – particularly to housing – for decades, with little impact made. So, how do we get it right this time around?

Innovation such as this requires balancing brave ideas and efficient delivery. There is a necessity to make new ways of constructing more cost-effective and faster when compared with traditional methods of delivery. Without these savings, MMC won’t be a viable, attractive alternative for clients. However, I think the conversation on cost should be balanced with one of architectural quality and ambition.

Often there is an assumption that modular buildings will look repetitive, with the pre-formed elements defining the architectural character of the building

Prefabrication is a process not an aesthetic; MMC does not have to limit architectural ambition or curtail quality. Often there is an assumption that modular buildings will look repetitive, with the pre-formed elements defining the architectural character of the building.

However, as we have seen with our recently completed citizenM hotel next to the Tower of London, modular construction can be used in even the most sensitive and complex of urban contexts. The pods – that are the building blocks of the structure – are stacked to create a major architectural addition to a remarkable location. The 370-room hotel is located next to a UNESCO World Heritage site and within a conservation area, as well as being adjacent to the historic Roman London Wall. Furthermore, it sits above and shares half its ground floor space with a busy London Underground station, Tower Hill. 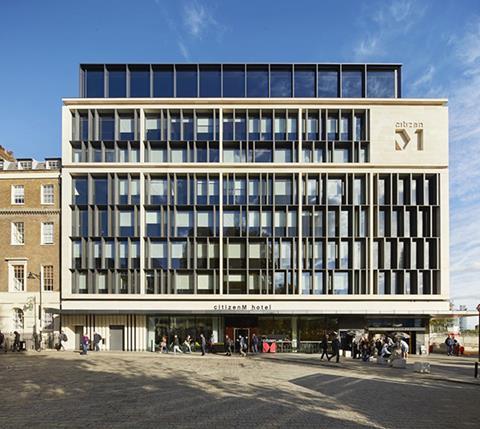 Given the historic significance of the location, a facade that was demonstrably made from pods was not an option. Instead, the building’s frame is animated by vertical GRC fins that are intersected by horizontal aluminium projections, the lightness of which acts as a counterpoint to the robustness of the Portland stone used. The result is a building that can sit comfortably within its historic setting, while dealing with the technical, infrastructural challenges of the site.

As architects and as an industry, this is a time to keep an open mind about what value MMC can bring. Design ambition – coupled with investment and research in deliverability – could play a major role in dealing with the impending skills shortage in the UK, whilst making sure the quality of our buildings doesn’t suffer.