How green space can pay its way in garden villages 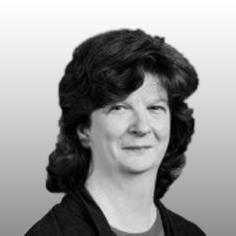 “The advantages of the most energetic and active town life, with the beauty and delight of the country, may be secured in perfect combination”. This vision of how a garden city might work was introduced by Ebenezer Howard, the originator of the idea, in 1898.  Fast forward over 100 years to 2017, and we are seeing media reports that the UK government has announced support for 14 ‘garden villages’.

The government had previously committed support to seven garden cities.  The change in policy is to draw in smaller developments, each delivering between 1,500 and 10,000 new homes. It is easy to assume that these ‘village’ developments must, by definition, be smaller scale than the garden cities originally envisaged by Howard, but in reality the largest will be similar in numbers of dwellings to Howard’s original theoretical proposals.

A key challenge in delivering the quality of living spaces envisaged under the garden cities movement comes from the density of each development.  Howard’s vision involved cities supporting 32,000 people across 2,400 hectares.  In modern developments the density of dwellings is far higher.

In any new garden village, the greenspaces should be multi-functional, benefitting human health, social cohesion, wildlife, and flood management.  The benefits that people gain from the natural environment are termed ecosystem services. Obvious examples include food and fuel, but less obvious benefits are provided by services such as pollination and the contribution natural habitats make to flood control.  Some of these services are effectively ‘free goods’, which people benefit from without paying for them overtly – the cost only becomes apparent when an ecosystem is degraded and the service declines.

Ecosystem services valuation attempts to take account of these services in cost-benefit analysis. Some services can be valued by direct pricing (e.g. food and fuel); others are valued by proxy, such as willingness to pay for recreational use or the increase in house prices in areas with green space.

True vision is needed in planning these developments, standing back and looking at the tangible and intangible benefits of the natural environment, truly combining urban development with the “beauty and delight of the country”, as Ebenezer Howard envisaged.

Economic viability of greenspace provision and long term management is enhanced if cost-benefit analysis can recognise and value the benefits from less obvious services such as pollination, soil protection and water resource management, some of which could be captured financially through actual ‘payment for ecosystem services’ systems.

An ecosystem services valuation exercise can also involve in-depth consultation with stakeholders, allowing their priorities and concerns to influence the valuation exercise and therefore decision making. This is likely to add real value in the cases where there are local concerns about the proposals, such as sites where existing villages and hamlets will be surrounded by new development areas.

Ecosystem services valuation is not sufficient in isolation to provide a final answer to questions such as the size and form of a new garden city, town or village. However, it has the potential to fundamentally change the way we think about the environment in economic and political decision making, helping deliver a low-risk, high-return future, and new garden cities, or villages, which provide ecosystem services to their residents could surely be part of that future.