On the run-down north Kent coast is a living example of regeneration in action. With its contemporary art gallery and now the revival of Dreamland amusement park, Margate has become a model for culture-led revival 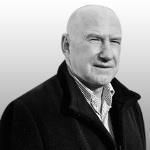 There’s something special happening in Margate.

Margate, with its deep golden sandy bay and beach, lies in the heart of the “Isle” of Thanet, the peninsular at the very tip of Kent’s north-east coastline. It has been popular resort with Londoners since 1816, when steamboats started to ply their trade from The Smoke to the Kent seaside, attracting the likes of the painter JMW Turner to escape the smog and come and stay at Mrs Booth’s lodgings to enjoy the clean air and sandy beach. The visitors increased after 1846, when Margate was connected by rail from the capital to a station right on the sea front. In the 1920s the Dreamland amusement park opened and Margate became more popular again, right up until the 1960s when the mods and rockers came to leave their mark. Then, with the advent of cheap holidays abroad, like so many once great British seaside destinations, it fell into a long, slow decline and the shops and restaurants were boarded up.

But now, regeneration is in the air, and not the usual dull retail-led regeneration (retail premises are so last century - we have Amazon now). Margate’s regeneration is catalysed by the visual arts, music, entertainment and lifestyle, capitalising on this charming little town with its rich heritage.

First off, Turner came back to give his old town a leg up. David Chipperfield’s Turner Contemporary gallery sits at the root of the harbour wall, with a vista over the beach and the bay. It’s a world-class facility and part of the Plus Tate network. Next, High Speed 1 cut the journey time from London by 30 minutes, making it easily visitable. Coincidentally, Turner Prize-winning artist Tracey Emin (of unmade bed fame) is a Margate girl and has become a great supporter of the town, flitting between Shoreditch and her base in Margate, which has become known as Shoreditch-on-Sea because of the creative types it has attracted: artists, designers and new media people.

Regeneration is in the air, and not the usual dull retail-led regeneration (retail premises are so last century - we have Amazon now)

And so over the past decade Margate began to pick up; unemployment halved in three years, creative businesses increased by over 80% in four years with over 60% of these relocating from London, property prices went up over 12% in one year and the age profile of residents started to go down.

This is all well and good, but not quite good enough. Commercially, Margate was not quite there. At the other end of the bay from the Turner Contemporary, ageing amusement park Dreamland faltered, and by 2016 it looked like Margate was stalling.

But last year, Dreamland attracted new investors who brought in music expertise from Camden’s Koko club, landscaping design from Aecom, interior design from D-raw and masterplanning and architecture from my own firm, Perkins + Will. Millions have been quickly invested, the first fruits of which included a loving refurbishment of the vintage funfair with its listed timber rollercoaster and three new music stages for audiences of 2,000 (indoors) and 5,000 and 15,000 people outdoors in a landscaped park with thousands of trees and VIP lodges. Dreamland relaunched on 26 May with a long weekend of events and gigs. Then Damon Albarn’s Demon Dayz Festival at

Dreamland sold out within minutes and played to a capacity 15,000 crowd on 10 June. This was streamed worldwide to a huge audience by Red Bull TV.

So, Margate is now on the international stage along with Glastonbury and the Isle of Wight, but easier to get to. And there is much more to come in a packed line-up of events. Margate bay, topped and tailed by the Turner Contemporary and Dreamland, seems to have come alive in a new dawn for the town. Suddenly, Margate is everywhere; BA High Life magazine listed the town as one of its top 10 attractions and recently it hosted Radio 4’s Saturday cookery programme - it’s hot.

What’s next? The vision is to make Margate a commercially sustainable community by providing a rich mix of attractions, accommodation, retail outlets (OK, there will be some retail - it can be cultural too!), youth sports,housing, live-work units, tech hubs and starter units. It’s about turning Margate into a great place to live and work, as well as a great place to visit. And once the 140mph Javelin trains can speed all the way down the line from StPancras, it will be a great place to commute from too.

Margate is a small town with a beach that Nice would die for and a great heritage, so it’s easy to imagine that a significant investment focused on the centre of town could make a real and lasting difference. But all of the north Kent coast and the Isle of Thanet is asset rich too, steeped in history, naturally beautiful, in striking distance of London but run down. It’s like a stately home that’s fallen on hard times. Time to fix the roof and invite in the guests?

This article appeared in print with the headline “Dream on”