The making of Derby Arena 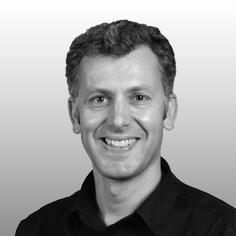 It’s not every day you travel back from a building opening half gazing at a solar eclipse. It’s not every day an event billing is shared between an opera singer, football team and world class cyclists. But last month marked the long awaited launch of Derby Arena a new sports venue and velodrome concept that has broken the mould.

The opening marked the culmination of a vision for a more accessible cycling and community sport facility and has morphed into a multipurpose sports and cultural events complex. The futuristic-looking venue houses only the fifth national standard 250m indoor cycling track in the UK. It joins the National Cycle Centre, Manchester, Wales National Velodrome (Newport, South Wales), London Olympic Velodrome and the Sir Chris Hoy Vedrome, Glasgow. 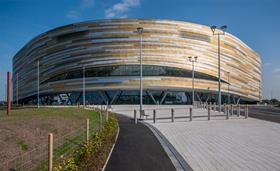 A stand-out feature of the venue is that the track has been raised to the first floor. This has been fundamental in creating a more connected and accessible facility both visibly from the entrance and operationally as it allows ease of movement for equipment and people at events. The complex internal relationship between the sculptural form of the track, seating bowl and support accommodation has necessitated cutting edge use of software modelling tools to deliver the BIM Model within the team.

Most satisfying of all, however, was to see the building finally put to the test.  A rock band on the raised stage, acrobats gliding through the roof, a tenor entering from the side stage and some of the best of British cycling talent providing a spectacle on the track, collectively demonstrated the type of world-class event this arena is capable of holding.

Like a solar eclipse these moments don’t come around every day but that all too rare alignment of great client, strong design team and contractor, the vision has been finally delivered.

Mike Hall is a partner, architect and urban designer at FaulknerBrowns. He is responsible for heading up the practice’s work in the sports and leisure sector. Derby Arena was was designed by FaulknerBrowns, project managed by Mace and built by Bowmer and Kirkland