The secret to a great design brief from a client

Suprisingly councils tend to be better at discussing ideas with architects at the briefing stage than commercial developers, why is that? 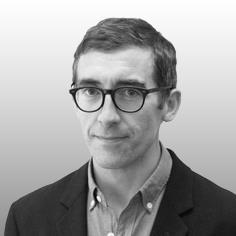 Architecture is an expression of values, of both its clients and architects. The dialogue between a client and their architect during the early briefing stage will reveal a lot about their values and consequently how the design of the building will develop, what it represents and how good it is.

At Mæ we have found our conversations with our public sector clients compared with some commercial developers liberating and create a space for architectural exploration and innovation. By contrast some private developers start with such specific requirements such as wall to floor ratio, net to gross or percentage of glazed facade element at the outset that it suffocates architectural solutions and prevents consideration of what generates best value on a particular scheme or in a particular place.

Such a reductive approach leaves architectural form following finance rather than the richer vein of form reflecting ideas about the city, about society, about the environment and about our place in a cultural context.

So is there something that developers can learn from the type of conversations or briefs that less commercial clients might have with their architects?

One of our public sector clients recently started a project by stating their “aspiration to create one of the most liveable areas in London” or another had the goal to end fuel poverty among their tenants.

While the latter might drive a performance target that at first glance would seem un-commercial it allowed us to explore alternative means of fabrication that would most effectively achieve a high level of air tightness. Further investigation revealed that our use of cross-laminated timber would speed up construction time to a point that mitigated the additional cost of the system. A more reductive and risk free approach, driven by a safe commercial model, would have prescribed reinforced concrete frame from the outset (because that “is what we do”) thereby limiting the scope for innovation and a more environmentally responsible approach.

Give an architect the space to dream and not only will they deliver a much richer project but they will also deliver better value for their client. The challenges the industry needs to address such as advancing environmental thinking or innovating with modern methods of delivery will only be addressed if there is open dialogue at the outset and an honest appreciation of the risks and rewards of using the design process to test solutions.

We have found that our conversations with local authorities tend to open avenues rather than close them down and allow us to consider how we can get the most out of the architecture for them, for the end user and for wider society.