The construction industry is holding up infrastructure development

We blame long public consultations for delaying big projects, but actually we’re at fault for not giving the public adequate data 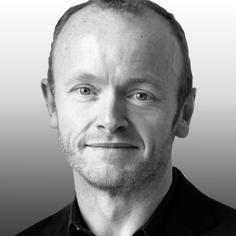 The recent announcement of a new nuclear power station in Hinkley is great news for the UK construction sector and also takes another step towards giving the UK a low-carbon source of sustainable energy. If constructed on time, the new reactors will be operational from 2023. However, as with any big infrastructure project in the UK, that’s a big ‘if’, especially where there is opposition to the project.

In a country as physically constrained as the UK, any large infrastructure development will inevitably lead to heated debate, not only from the Nimby lobby but from a wide range of special interest and resident groups. There will always be someone who has a strong interest in a project. The proposed High Speed 2 Rail link is one such example, as is the proposed Thames Estuary Airport and Heathrow’s third runway.

With the technology tools now available, developers and design teams have the chance to bridge the communication gap between themselves and the public

Increasing complexity of projects and increased public awareness of the environmental and economic impact of large developments will inevitably lead to long periods of consultation prior to final approval and commencement of construction work. All too often, these are caused by painfully slow public consultations. Heathrow’s Terminal 5 is a prime example of this. In the time it took for the terminal to be approved for construction, Frankfurt, Charles de Gaulle and Schiphol airports had all built new terminals and runways. The delays are often caused by the public not having access to the data they need to understand exactly how a project will affect them. Glossy A3 renders of a new project on display in the local library are completely inadequate for giving the public the data it needs for meaningful conversations with project planners and builders.

However, with the technology tools now available, developers and design teams have the chance to bridge the communication gap between themselves and the public. Advanced visualisation tools allow the communication of complex design ideas much more effectively and hone in on what the real and present concerns are, and minimise misunderstanding due to miscommunication. Key is presenting the ideas in a way that is easily understood by non-technical people. Advanced planning tools take this data and present it in a visual way through channels that people are able to access, such as the internet. The way that the City of Bamberg is using 3D models of the city to show residents what a new high-speed rail line will look like is a fantastic example of this. It has created models combining data from a variety of sources that residents can view through a web browser or even their iPad.

Developers and government agencies can’t afford to have projects needlessly delayed, especially when they are providing important infrastructure for the UK. When working with local communities, it is essential to ensure the lines of communication are clear and open. The tools are available to make this happen, but the construction industry needs to improve its understanding of how much clear and effective public consultation can help streamline the construction process.

Pete Baxter is vice president for engineering, natural resources and infrastructure sales for Autodesk in EMEA