What buildings from the last 175 years were futuristic in their time, or marked a change in how the industry built? Tell us what structures were trailblazers, and what we can learn from them for our future projects. Here, Ike Ijeh kicks us off 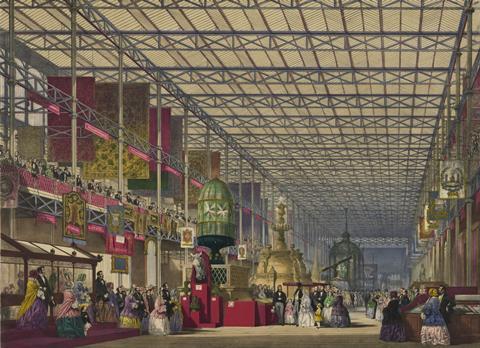 Joseph Paxton’s Crystal Palace of 1851 essentially changed the course of history. Three times the size of St. Paul’s Cathedral and five times the length of Buckingham Palace it was the largest glass building the world had ever seen. But as well as being an architectural spectacle it was an engineering marvel patenting radical new forms of construction and materials that were not to come to come into widespread use for at least another 50 years.

These innovations included prefabricated construction, modular assembly, standardised components, volumetric stacking, wood lamination and glass panels of a size and composition that stretched the limits of modern technology. After the Great Exhibition for which it was built the palace was relocated to south London before being destroyed by fire in 1936. Plans to rebuild it unveiled in 2013 by a Chinese developer have come to nothing.

London’s history is littered with scores of tragic architectural losses ranging from Whitehall Palace to Euston Arch. But the loss of the wondrous glass spectacle that essentially kick-started the twentieth century must surely count as the greatest.