The residential population of the City of London has dwindled since the 19th century as it has become a hub of finance. But with the greater city around the Square Mile facing a housing crisis, is it time to reverse that trend? 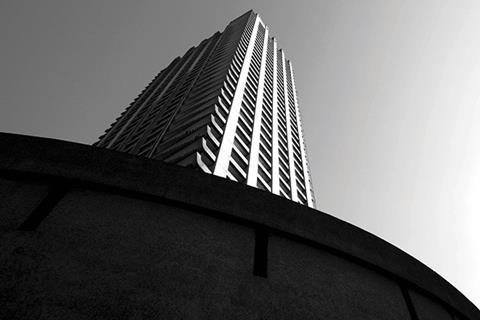 The Barbican provides the City’s largest residential accommodation and houses over 4,000 of its residents

During the 1851 Great Exhibition, the City of London had a population of just under 130,000, around 6% of London’s residents at the time. Today that figure has plummeted to just over 7,000, approximately 0.08% of London’s current population. The City of London has always been the commercial engine room of the capital and has been home to nationally important financial (and spiritual) institutions for hundreds of years. The difference now is that while the institutions remain, the houses, terraces and flats that once surrounded them have vanished.

The decline began in the mid-19th century when the City embarked on a relentless policy of depopulation. The savage slum clearance gave way to an explosion in construction of palatial Victorian and later Edwardian premises, exclusively for commercial use. Accelerated by world wars and post-war reconstruction and suburbanisation, the population continued to decline rapidly throughout the 20th century, reaching a nadir in the early 1970s. Numbers have risen slightly since then, primarily on the back of the completion of the Barbican in the early 1980s, which marked a strategic post-war attempt to repopulate at least part of the City and which today houses well over half its residents. But the trend is unmistakable: to all intents and purposes the City of London today is open for business, but not for homebuyers.

This status was further enshrined last month when the mayor of London published guidance restricting office-to-residential conversions in the City, as well as much of central London. In 2013 the government relaxed national permitted development rights in an effort to make it easier to convert commercial accommodation to residential, a temporary policy that has recently been made permanent. The intention was to boost the provision of new homes, although the relaxation has been criticised by some for further destabilising an already struggling high street economy, particularly in London where residential property prices have skyrocketed.

The mayor’s new guidance specifically excludes what is dryly referred to as the capital’s “central activities zone” from this national policy. While it acknowledges the existing mixed nature of much of central London to which this zone applies, it specifically identifies the City as an area where residential development is “not appropriate”.

This recent move is in keeping with City planning policy since the war. Peter Rees, the City’s ex-planning chief, was adamant that residential development should be kept out of the City and only gave permission for one residential City tower during his 29-year tenure, which coincidentally he also happens to now live in.

Similarly the City of London Corporation, the City’s ancient municipal authority that also administers land and services throughout Greater London, last year pledged to provide 3,700 new homes in London by 2025. None are earmarked for the City.

This flies in the face of seismic demographic changes in the capital. With London’s population recently surpassing its 1939 peak and predicted by some to reach 13 million by 2050, this will add further pressure to what is already an acute housing shortage. It is widely accepted that London’s 33 boroughs (including the City) need to be building a minimum of 49,000 homes a year for at least the next 10 years to meet the anticipated demand. 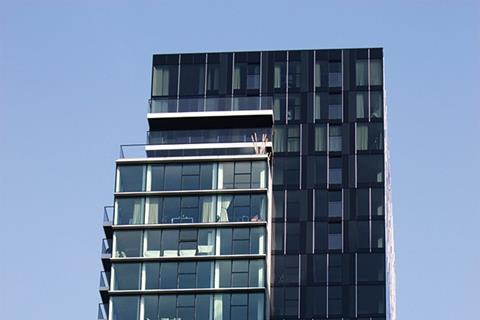 The Heron tower, now home to ex-City planning chief Peter Rees, is the only residential tower granted permission during his 29-year tenure

While the Greater London Authority (GLA) has identified housing targets for the City over coming decades, they are comparatively insubstantial and by far the lowest in London. Moreover, the Corporation itself justifies its reluctance to build housing by claiming that it “is committed to increasing housing supply in the capital beyond the boundaries of the Square Mile” and that “the economy is best served by supporting the agglomeration of the financial sector, and that the capital’s housing needs will not be met by selective developments in the prime commercial market”.

Is this indeed the case? And if it is, what wider implications does the City’s promotion of its commercial monoculture have on urban design principles that normally suggest cities are most successful when they aspire towards mixed, active communities? Is the City’s approach essential to protect its preeminent commercial status or is it a symptom of a corporatised and regressive social policy that prioritises financial gain over urgent housing need?

There are distinct advantages and disadvantages to the City’s approach and each one has wider ramifications for the nature and tenure of urban redevelopment elsewhere. For one thing the City of London is tiny and whatever housing expansion it were to embark on would be unlikely to have a significant impact on London’s housing shortage. While it is slightly bigger than its colloquial “Square Mile” pseudonym might suggest, it is still the smallest “city” in England and the third smallest in the UK.

It is also inarguable that the City remains a global commercial powerhouse, regularly exchanging the title of world’s leading financial centre with New York. While there is no direct evidence to suggest that additional housing might threaten this status, the City’s preeminent position lends credence to its “if it ain’t broke” analysis.

According to professor Tony Travers of the London School of Economics’ London unit, the perceived threat from residential development is a big motivation behind the City’s punitive housing policy. “I think the City believes that having residents in the core of its area would make it harder to develop – both in terms of noisy works but also because residential buildings cannot easily be re-converted to commercial use. The idea of a major concentration of offices and commercial towers also appeals to the City: any loss to residential weakens the ‘agglomeration’ effect and the city sees itself as an agglomeration within a bigger agglomeration.”

This issue of agglomeration is significant. Central London extends over a much larger area than the City and the City’s restrictive housing approach has not prevented the residential population of the remainder of central London rising exponentially in recent decades, as Travers also points out: “The City is only a part of London’s central business district (which is itself growing). Other parts of central London are increasing their population, notably the West End (Westminster and Camden), Docklands, Southwark riverside, north Lambeth, south Hackney and south Islington.” To support this point, Kensington and Chelsea, central London’s most westerly borough, remains the densest borough in the capital and the fourth densest in the UK. 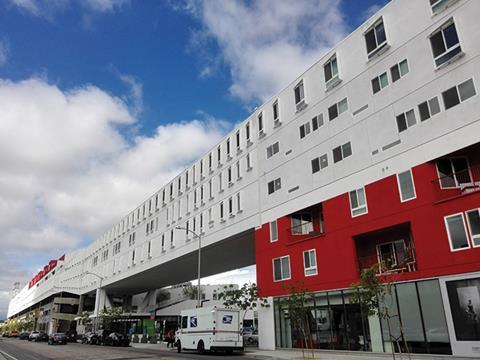 Additionally, while the City’s housing approach may appear politically reactionary against the backdrop of London’s current housing shortage; it actually falls into an urban development pattern that is internationally prevalent. CBDs (Central Business Districts) are found in cities across the world and as the title suggests, they are city centre zones that host and encourage almost exclusively commercial activities. Perhaps their most recognisable permutation is the US “downtown” district, an urban typology whose functional (if not physical­) composition owes much to the City.

Moreover, despite the lack of housing, it is difficult not to identify the City as one of the most thriving and energised parts of London (at least during the day) with a rich, bustling pedestrian culture that promotes a growing number of recreational amenities. The City’s daytime population swells to well over 350,000 each day, a figure that is larger than the size of Leicester and more than three times bigger than the working population of London’s second financial centre, Canary Wharf.

In recent years the City has also shown great imagination in expanding its retail and leisure offer, squeezing shops, bars and restaurants into the monumental mercantile palaces which the “Big Bang” of deregulation in 1986 and the digital age have now rendered obsolete.

And for many, the fact that the City’s lack of residents enables it to still remain virtually empty on weekends is a key part of its character and allure, providing an improbably surreal and tranquil haven from the surge and bustle of the capital that surrounds it. 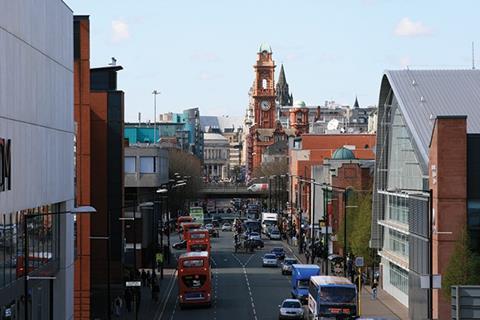 Unlike the City of London, Manchester city centre’s residential population has almost doubled since 2001

Tranquil at weekends or not, urban design convention for at least the past 20 years has stated that in order for cities to thrive, they must accommodate a mix of uses and actively promote “intensification” at their cores. Ever since the landmark Urban Task Force report in 1999, British cities have sought to densify their inner-city areas and this, aligned with a host of other social and demographic changes, has prompted city centre residential population across the country to soar.

Over the past 15 years, scores of British city centres other than the City of London have seen significant hikes in their populations and have reaped the benefits. This trend has been evident in Birmingham, Sheffield, Newcastle, Liverpool and Glasgow and in each city centre, new residents have brought falling crime rates, cultural developments, commercial expansion, recreational growth and a dynamic new cosmopolitan energy.

Arguably Manchester has been most impressive in this regard, almost doubling its city centre population to almost 18,000 between 2001 and 2011 and in so doing bolstering its commercial weight and reinventing and repositioning itself (in the minds of some) as England’s second city.

Moreover, even that most stubbornly monocultural urban template, the US “downtown”, is also bucking the City’s example and seeing in many recent instances a spike in city centre population. Los Angeles once offered what was arguably the most terrifying downtown experience in the US but even there, residential population has increased by 40% since 2000 to an all-time high of almost 100,000 today, bringing with it an amplified version of the benefits experienced in UK equivalents.

For Dr Nicholas Falk, director of consultancy URBED, these trends are symptomatic of good urban development practice that the City might do well to emulate. “Nowadays the City has to compete with places that are much livelier in the evening. Perhaps because it has [active] adjoining enclaves like Spitalfields and Shoreditch it might not matter so much. But a smarter city should definitely also be one with mixed uses.”

And the lack of uses prompted by its residential underdevelopment often leaves London’s historic core feeling socially disconnected from the rest of the city. The City is the only constituency in the country which still follows the ancient practice of the municipal electorate comprising businesses rather than individuals, an archaic democratic vacuum that has enabled the City’s skyline to be transformed over the past 15 years without the consultative public mandate that would normally be demanded of the planning process. 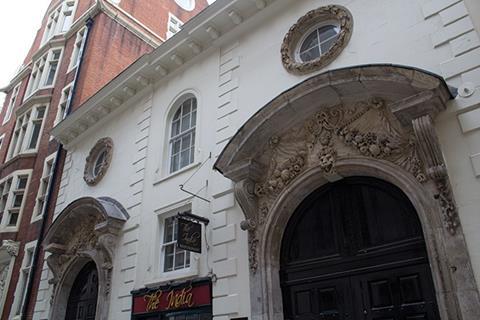 In recent years there has been a softening of the City’s attitude towards housing with luxury, bespoke refurbishment projects dotted around its eastern and southern fringes. But this barely perceptible pattern is more a result of London’s burgeoning residential property market rather than an institutional shift away from commercial prioritisation.

In many ways the City is and has always been politically, socially and commercially anomalous to the rest of London and the UK and it fosters a protectionist development microclimate that is so forensically calibrated towards the City’s unique corporate objectives that it distorts meaningful comparison with other areas.

But in financial terms, it does provide an immensely successful template for how commercial interests can be aggressively prioritised and enhanced within an urban context. Moreover the City of London Corporation can hardly be accused of reticence when it comes to expediting its civic duty beyond its borders. Commonly thought to be Europe’s wealthiest local authority, over the past 800 years it has amassed a fund today worth £1.3bn to spend on the capital’s municipal endowment, including housing.

But as London’s housing crisis endures, the question will increasingly be asked of whether the City’s astonishing success comes because of its restrictive housing policy, or despite it.