Leeds East primary school is the first in the UK to be constructed from an innovative pod system, which comprises a series of structurally independent steel-framed classrooms 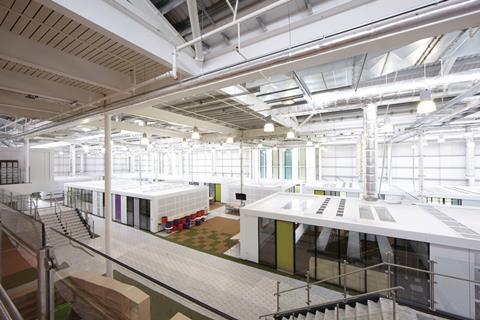 After a few years of frantic activity, it’s fair to say that, in design terms at least, the education sector has stagnated. Controversial as it was, the scrapped Building Schools for the Future did provide an array of showpiece buildings and represented, for some, a new dawn for the sector. Last year, however, standardisation took centre stage, with its diametrically opposite creed of fiscal restraint and supply-chain efficiency. The government’s free school agenda, meanwhile, does not as yet appear to be naturally inclined towards high-quality design.

Which is why it was truly startling to come across a genuine example of creativity in the education sector this year. Designed by Maber Architects, Leeds East primary school is the first in the UK to be constructed from an innovative pod system developed by Maber, Interserve and specialist partition manufacturer Norwood. Rather than using conventional fixed-frame construction, PodSolve comprises a series of structurally independent steel-framed classrooms, which can easily be assembled, dismantled and relocated. Essentially these pods can be placed in any building, providing a flexible education environment that can be adapted to alternative uses as local requirements evolve. Leeds East proves that economy need not stifle innovation.