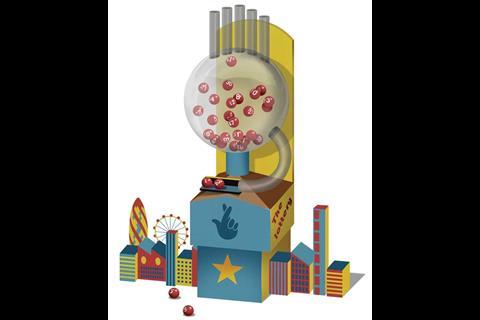 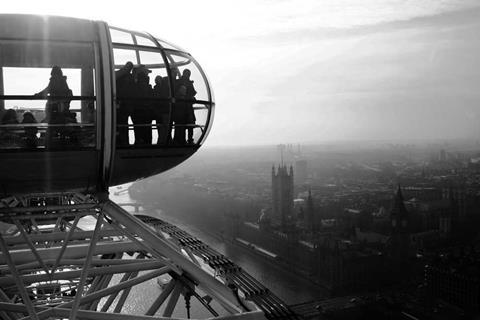 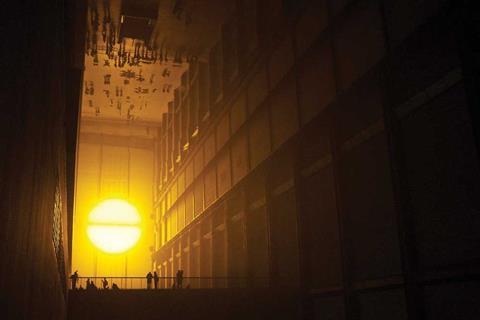 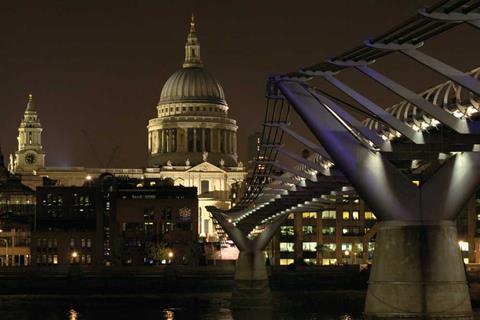 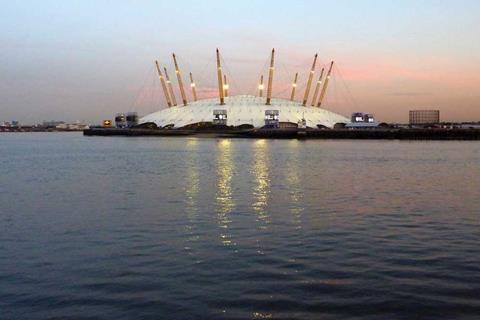 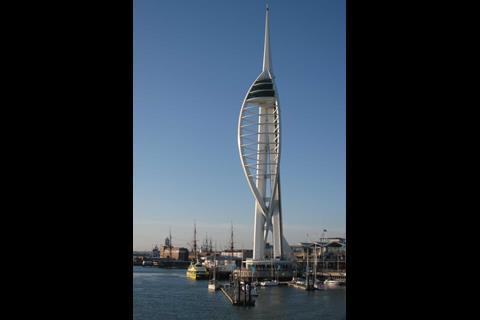 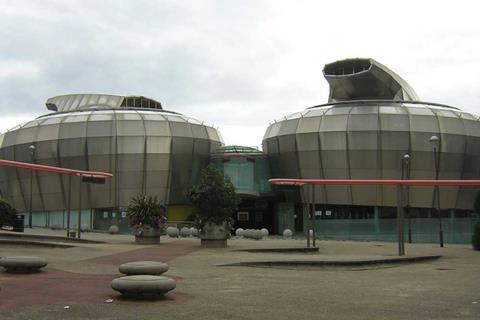 From the wobbly Millennium Bridge to the infamous Spinnaker Tower and the runaway success of Tate Modern, fortune smiled on some millennium projects more than others. Ike Ijeh celebrates their 10th anniversary

Exactly 10 years ago this month, London’s Millennium Bridge opened. Less than 48 hours later it closed because of its now infamous wobble. Two years of structural modifications and press schadenfreude ensued until it was finally reopened in February 2002. It has since gone on to become one of the most successful millennium projects with an estimated 10,000 users a day.

The bridge’s mixed fortunes perfectly reflect the highs and lows that have characterised many of the projects that were borne out of the millennium construction boom. Ten years later, it is easy to judge which schemes were successful and which weren’t. What may be less easy to grasp, particularly in this gloomy economic climate, is the unprecedented level of public expenditure, political will and cultural ambition that was committed to commemorating the event in the most extravagant way possible.

The National Lottery provided the means to realise many of these proposals, as its launch in 1994 released billions of quasi-public funds that enabled the nineties to become a golden age of cultural redevelopment and construction activity.

To celebrate the 10th anniversary of the millennium, we take a look at some of the projects that were built to ensure that this remarkable period in British social history left an enduring architectural legacy. So cast your minds back to an era before iPods and Iraq, to a time when a gherkin was just a pickled vegetable and England football managers had to be English as – with the benefit of hindsight - we take a look at a selection of the highs and lows of the millennium construction boom.

One of the few millennium projects that can be truly termed iconic, the London Eye is the most financially successful millennium venture. It celebrated its 10th anniversary in March with an impressive array of statistics. With an average 3.75 million annual visitors, it is the most popular paid tourist attraction in the UK and one of the most visited in Europe. When it was built, its 135m height made it London’s fourth tallest structure and the tallest observation wheel in the world. Although two others in China have since taken this crown, it is still the world’s tallest cantilevered observation wheel.

Situated on the same riverside spot as the 1951 Festival of Britain, the wheel was able to benefit from the symbolic association with the last national celebration. Also, as a privately funded venture, it was able to sidestep much of the scrutiny that publicly financed millennium projects attracted. Its assembly became a spectator event in itself with each of its 32 capsules (one for each London borough) being delivered by barge, and the wheel itself being assembled flat on piled river platforms before being pulled into position over the course of several days.

Its initial five-year planning permission has since been made permanent.

Last month the Tate Modern celebrated its 10th anniversary, probably partly by pausing to reflect how its success has exceeded all expectations. With an average of 5 million visitors a year, it is the world’s most visited modern art gallery and vies with the British Museum and National Gallery for the title of London’s most popular free tourist attraction. Along with the Millennium Bridge outside, it has also been the principal catalyst for the wholesale urban renewal of London’s Bankside. This project proves conclusively that regeneration can be culturally as well as commercially led.

The Tate Modern occupies what was once Bankside Power Station, an imposing brick edifice designed by Giles Gilbert Scott between 1947 and 1957. In 1995, after lying empty for 14 years, a little-known Swiss practice called Herzog & de Meuron won a international competition to convert it into an art gallery. Its scheme is marked by simple functionalism and innovative adaptation with sensitive insertions and subtle alterations enhancing rather than competing with the original fabric. A rear pyramid extension is being planned by the same architect.

No other building symbolises the millennium as powerfully as the Dome. The centrepiece of the government’s national celebrations, it was intended to mirror the success of the 1951 Festival of Britain and the 1851 Great Exhibition. Its abject failure to attract the predicted 12 million visitors and the controversy surrounding its eye-popping budget and overt association with New Labour ideology unleashed a media storm and a stigma that endures to this day.

However, with 6.5 million visitors, the year-long Millennium Experience exhibition it housed in 2000 was by far the most popular tourist attraction that year and the Dome itself was the catalyst for a huge programme of urban regeneration that included the Jubilee Line Extension and the transformation of the Greenwich Peninsula. More recently, it has been revamped as the O2 Arena and enjoyed huge success as London’s foremost entertainment complex. Even if its cultural legacy remains controversial, its enormous scale and distinctive PTFE canopy make it a significant architectural landmark.

The Millennium Bridge was the first London Thames crossing since the completion of Tower Bridge in 1894. It was also the first ever pedestrian bridge built across the Thames. So even before its legendary wobble, this was one of the most high-profile and eagerly anticipated millennium projects of all. It is also one of the projects that yielded the greatest impact in terms of urban regeneration. Along with the nearby Tate Modern, it has played an enormous role in the rebirth of Bankside and provides a physical and a symbolic connection between St Paul’s and the City and the previously disadvantaged areas south of the river.

The winning scheme of a competition organised by Southwark council in 1996, the bridge was conceived as a slender, sculptural “blade of light”. Its shallow profile, assisted by its tensioned steel suspension cables splayed diagonally and positioned below deck level, was partially generated by the requirement not to impede river views. But this rigorous structural efficiency was to be its undoing - at least temporarily. When 90,000 people crossed the bridge on its opening day, high lateral vibrations caused it to sway unexpectedly and it was quickly closed. The problem was eventually resolved by the addition of an extensive passive dampening system and the bridge was re-opened two years later. It remains one of the most popular millennium projects.

Failure can come in all shapes and sizes. In this instance it looks like four giant stainless steel drums surrounding a glazed atrium. In fairness, Nigel Coates’ strikingly futuristic design was never really the problem - although the budget cuts that prevented their funnelled roofs rotating in the wind as intended didn’t help. The crux of the problem was commercial: the venue simply didn’t attract the amount of visitors it needed. Of the 400,000 predicted annual visitors only 104,000 turned up. And what met them was not the coveted rock memorabilia and interactive “hands-on” approach promised but muted displays and limited public involvement.

Despite an audacious refinancing scheme prompted by the liquidation of the owners’ company seven months after opening, cash flow and staffing problems persisted until the venue finally closed for good in June 2000.

The fact that £11m of its £15m total budget had been National Lottery funded made this one of the more stinging failures of the entire millennium initiative. All was not lost however. It became a live music venue in 2001 and is now Sheffield Hallam university’s students’ union building. All of which probably means it has contributed more to the world of popular music after its closure than it ever did before.

When a Millennium project opens five years after the millennium, it is pretty clear that things have not gone exactly to plan. In fact, by the time of opening, officials were so concerned that people may actually have forgotten what the millennium was that Portsmouth’s “Millennium Tower” was given a new name. This is just a sample of the farcical catalogue of incompetence, mismanagement and bad luck that dogged this project from the moment planning proposals were first submitted in 1995. Initially scheduled to open in 1999, contractual overruns and spiralling budgets delayed completion for several years and forced the public purse to contribute to almost a third of its construction - breaking an early pledge.

A farcical catalogue of incompetence, mismanagement and bad luck dogged this project from the moment planning proposals were first submitted

The 170m tower’s sail-like form is inspired by Portsmouth’s naval heritage and formed by two sweeping white steel arcs. A triple-storey observation deck provides 320° views from the top. The tower was envisaged to rival the Statue of Liberty and the Eiffel Tower and despite its controversy, it has become a major local landmark with impressive visitor numbers of 600,000 in its first year. However, recurring health and safety problems and dwindling visitors have added to its plight. Plans to heighten its appeal by adding a free-fall external white-knuckle ride were met with ridicule.

Perhaps the tower’s most prophetic anecdote occurred at its official opening ceremony when local dignitaries were trapped in an external glass lift that had become stuck half-way up the tower. In an explanation that would test the cognitive reflexes of British Rail, the excuse offered was “winds blowing from two directions at the same time”.