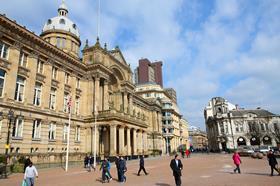 Wates has surged to the top of the contractor new work tables after landing a number of big wins during December.

The contractor bagged three big housing contracts throughout the month, which included a £200m deal with Birmingham City council to provide affordable housing and maintenance.

Wates also won deals worth £47m and £33m respectively to provide affordable housing and maintenance for Accent in the North-west and North-east, as part of a 20-contract haul worth £376m.

Wates was closely followed by Kier, which moved up to second in the table from third the previous month after landing a larger number of deals in housing and the public sector.

The top two firms are both over £200m ahead of Vinci, who surged from outside the top 10 to grab third in the table after winning deals including a £79m manufacturing facility for carmaker Jaguar.

The French firm also won a £45m contract with Highways England to upgrade capacity on the motorway network around Droitwich in Worcestershire, in a month which saw it win 24 contracts worth £136m.

Winvic took fourth after landing seven big deals worth a total of just over £123m, all in the industrial sector.

Sir Robert McAlpine rounded out the top five, having placed seventh the previous month, after winning three contracts worth a combined £123m.

The contractor picked up two large contracts in the commercial sector, as well as a £35m deal in the industrial sector to build a paint facility for aerospace company BAE Systems.