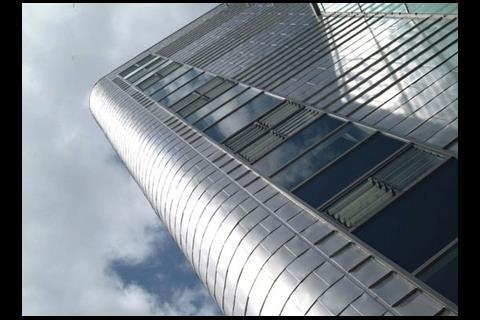 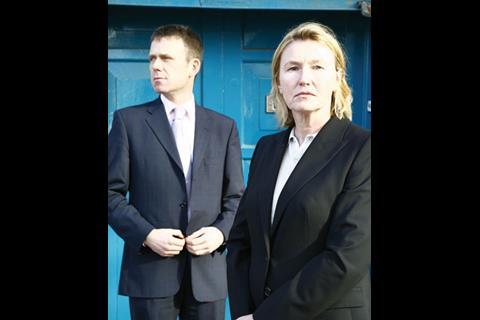 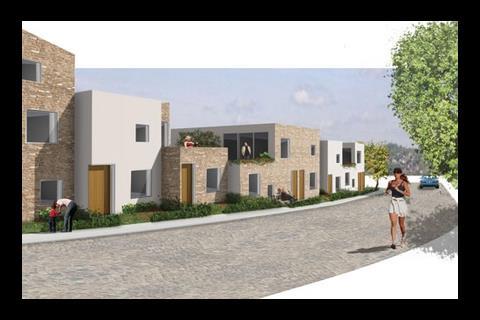 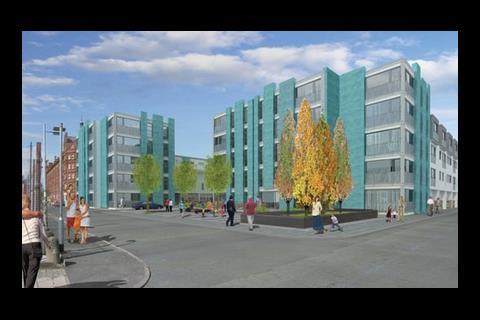 Blossom Street is a 183-unit scheme, including 32 townhouses, in Ancoats, Manchester.

She’s the enfant terrible who gave Manchester a whole new vibe. He’s the wunderkind who created a sensation when he quit Bovis Lend Lease. Now they’ve teamed up to tackle the regeneration schemes that others won’t.

They’re quite the dynamic duo: Carol Ainscow, the wonder woman of Manchester’s renaissance, and Jason Millett, the former boy wonder of British construction.

Ainscow, whose Manto bar began the transformation of Manchester’s Canal Street into one of the gay centres of Europe, is the founder of Artisan, a £60m-turnover developer. Millett was given the glamour job of chief executive of Bovis Lend Lease’s UK operations before he turned 40, only for it all to end with his headline-grabbing resignation last summer.

Millett was appointed deputy chief executive of Artisan last month. The arrival of so prominent a figure is a sign of Ainscow’s intent to grow the company into a major player in the regeneration sector over the next few years. However, it also comes at a time when Bovis Lend Lease is none too subtly blaming its former golden boy for problems that led to a £48m writedown earlier this month. Those headlines keep following him ...

Return of the wonder kid

Millett left Bovis last summer after falling out with senior management about the restructuring of the business. Since then he was linked with a string of jobs on the contracting side, including a senior role at Amec. So it came as a surprise when he decided to join a client. “I took a lot of advice,” he says. “I was told to take my time. There were lots of contractors [that approached me], I looked at quite a few developers. I even toyed with renewable energy.”

The reason he picked Artisan was that it was doing “real regeneration”. Lots of companies use the word to explain their activities, but often contractors are just looking at one-off projects and housebuilders are doing little different from what they’ve always done, constructing bland estates.

Ainscow chips in: “Regeneration became quite a buzz word. Some of it became quite blurred; it’s sometimes difficult to unpick some of the commercial projects.”

Artisan concentrates on some of the poorest areas of the country, providing an in-house construction as well as a development team. It has 16 projects under way worth a total of £600m. These include West Gorton, a 5ha site in east Manchester and the filming location for the Channel 4 series Shameless.

Ainscow wants to grow the firm’s turnover to £100m within 18 months to two years, which is where Millett comes in. “I can’t do all that on my own,” she says, before adding that this does not mean he will succeed her any time soon. “Yeah, I’m retiring,” she giggles. “Nah, I won’t retire until I’m 100.”

That gives Millett about 52 years until he takes over the top job. Ainscow’s shoes would be big ones to fill at any time. She has made her name and her fortune out of regeneration – she is the country’s 80th richest woman with a personal wealth of £35m – and was part of the “Madchester” generation that included music impresario Tony Wilson and developer Tom Bloxham. Indeed, she bought Wilson’s famous Paradise Factory nightclub off the receiver of his Factory Records business, and reopened it. “Unfortunately with Tony he spends more than he gets. I’m still very good friends with him, but it’s sad. I understand that he’s not stepped back into the Factory.”

Millett and Ainscow are speaking to Building just two days after Bovis Lend Lease announced a £48m writedown. Bob Johnston, the company’s global chief executive, said it would change its tendering policy in the wake of the hit, which was primarily caused by its £382m Manchester Joint Hospitals PFI scheme. Johnston added that a new management team had been put in place. Clearly, the implication was that Millett was to blame for the failure, and that his successor, Murray Coleman, had got the business back on track.

While Ainscow emphasises that the nature of Millett’s departure did not create any doubts in her mind over his appointment, it still rankles with the man himself. Millett says more than once that “he’s kept his side of the bargain”, not speaking about the events leading to his resignation. He quickly adds: “It’s hard to sit here and not come back with some kind of implied comment.”

Millett finds the figures difficult to tally with the state of Bovis when he left. He might be trying not to imply anything, but there is little doubt he is arguing that Bovis is being overly cautious in its accounting. “Most plcs have shareholders to think about. Subsequently they have to be pragmatic to satisfy shareholders and analysts. The position that Bovis finds itself in today is not just about the last two to three years. People are reinventing history.”

Intriguingly, in an interview with Building at the site of the Manchester hospitals project last month, Coleman tried to play down rumours that the scheme had financial problems, although he admitted construction at the awkward site was of “9.9 degree difficulty – with a pike”. A month later, Bovis says it had not been priced properly.

A source close to the company points out that Millett made mistakes, but should not carry the can: “Hindsight’s a wonderful thing. It’s a bit unfair on him to take all the blame – the pressure was on him from Lend Lease because it wanted the business. But Jason’s problem was that he never asked for help.”

It’s striking how different Millett and Coleman are. Millett is immaculately dressed, Coleman more scraggly. Coleman has a formidable intellect, and is undoubtedly charismatic, but Millett is the more businesslike, choosing his words carefully and being unfailingly polite.

Millett does have a sense of humour, though. It emerges when he’s reminded of the speculation that he would not leave the North for London because of his family. “You comment on that a lot. My wife could strangle you for saying that,” he laughs, before adding yet again: “I couldn’t say too much publicly. I’ve stuck to my side of the bargain.”

It is interesting to note, though, that Artisan is based in the heart of Manchester, at the former Daily Express building, which the company redeveloped and where an £8m third phase is under way.

It is obvious that talk of Bovis is of little interest to Ainscow. Understandably, she is more interested in her own business.

Artisan has been pigeonholed as a northern contractor – it was part of the winning consortium for the Manchester supercasino, before the project was re-tendered to comply with gaming legislation. Ainscow wants to change that impression and is looking to open a London office. She went to an open day this month for a scheme in Lambeth, south London. “We have aspirations to move south,” she confirms.

As the woman who made gay nightlife mainstream and then led Manchester’s city loft boom with the 40-apartment Sackville Street scheme in the mid-nineties, Ainscow is an experienced entrepreneur. Which is why she sneers when asked whether she would take the company public. “Reporting figures and reporting figures is not what Artisan is about,” she says, indicating that a short-term profits motive harms long-term growth.

Which brings Ainscow back to what she is famous for: Canal Street. Many say the area has become too commercial, dominated by hen dos trying to be ironic and ruining the bohemian vibe that made it so popular in the first place. “I think it was a victim of its own success,” she sighs. “I didn’t see it as just a gay area, I wanted Manto to have people mixing – most gay bars were very insular. It got ruined by the major breweries.”

This encapsulates Artisan’s appeal to Millett. After 20 years in a major corporate entity, he now has the chance to help develop a self-consciously independent company. “This, regeneration, is about the people constantly delivering: the Bernsteins [Sir Howard, chief executive of Manchester city council] and …” He pauses, then namechecks his new boss: “… the Ainscows.”

For the story of Millett’s departure from Bovis, search www.building.co.uk/archive