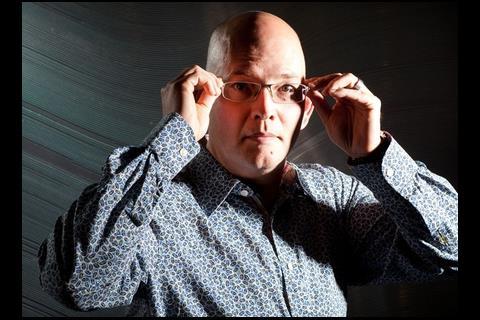 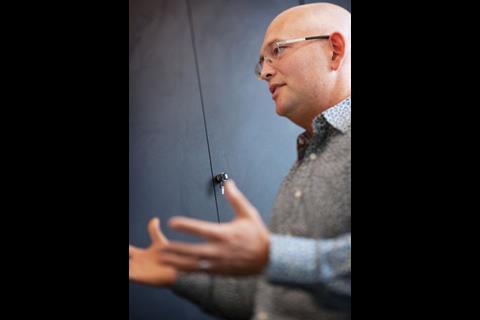 In five years’ time, Bill Hanway expects Aecom’s British business to be twice as big as it is now. The consultancy giant’s new UK boss tells Emily Wright how he plans to do it

Bill Hanway is sitting in his office listening to jazz. The walls are peppered with a mixture of project plans and framed Banksy prints. He is wearing a loud shirt, but sober suit trousers. For this Tokyo-born, New York-raised architect, is the embodiment of the cross-cultural cosmopolitan. This may prove a useful skill for the man who has just taken the UK reins of one of the world’s most sprawling building consultancies – US giant Aecom.

The £3.7bn group restructured earlier this year to bring its many acquisitions under one umbrella to offer clients the ultimate one-stop shop. The brands were also united under the one name, which was taken on by UK arm Faber Maunsell in May, raising Aecom’s local profile considerably. Aecom now offers everything from architecture and design to engineering and project analysis.

It is Hanway’s job as UK chief executive to make sure this new strategy is successfully rolled out in this part of the world, without hindering commercial goals such as doubling the size of the business in less than five years.

With his architectural background, Hanway may not be the obvious choice to head a building consultancy. The 48 year old moved to London 14 years ago to specialise in masterplanning work in South Africa and Europe for a year and decided that basing himself in the UK made more sense than flying back and forth from New York.

He caught the eye of Jason Prior, now president of US architect EDAW, who was desperate to recruit him for the practice’s London office. He managed to persuade him to stay and for the next 10 years the pair worked together on major masterplanning projects, from the redesign of Manchester city centre to the Olympic park and legacy programme.

During his time at EDAW, Hanway was instrumental in growing the business from a single-office practice to a $214.8m (£135m) turnover global market leader. His business prowess and his training as an architect will surely come in handy when overseeing Aecom’s strategy to amalgamate the design and engineering sides of the business.

“Aecom is going through a fundamental change,” he says, pausing for a second to turn the music down a notch. “What I want to see here in the UK and Ireland is the combination of the analytical processes engineers are so strong on and the creativity of our design teams.”

Prove their own worth

He is quick to add that the services won’t be merged to the point where divisions between disciplines become blurred. “The key to the success of the restructure will be ensuring each division is aware that, even though it will present to the client as one, it is ultimately responsible for its own achievements and failures and must prove its own worth,” he says. “Each section will still need to perform exceptionally well on its own and I will be assessing its progress, growth and success individually. Otherwise it could be all too easy for them to lean on each other.”

Although he may cut an unconventional figure, there is nothing off the wall about Hanway’s business nous: “As a boss, I have strong requirements in terms of professional discipline and financial management. The design teams in particular know that I don’t see why bringing in a creative element to a business means things become more expensive.”

Under Aecom’s new structure, Hanway wants to achieve a 20% growth rate year on year – a plan that, if successful, would see the UK business double in size within five years. He says: “I think this is a good goal to have and I expect to achieve it much more quickly than in five years.” It sounds ambitious, but despite the recession ravaging so many parts of the industry, the group has managed to keep its head well above water. It posted a 10% rise in turnover to £203.9m from £185.6m in its results to October 2008.

Pre-tax profit was down 4% to £10.9m from £11.4m in 2007, but the company said this was the result of investment in newly opened and merged offices during the year.

And despite the tough economic conditions, Hanway is convinced he can maintain or increase this financial stability through a combination of organic growth, mergers and acquisitions. “I want to keep up the 20% growth next year and beyond at the very least,” he says. “We are looking at acquisition options, mainly in Scandinavia. The firms are likely to be engineering or architectural practices with a global presence. These deals can take months or years to complete, so it needs to be a constant process.”

Confident and ambitious he may be, but Hanway is not unrealistic. He admits that looming public sector cuts are a cause for concern – about half of the business relies on this flow of work: “We’ll be keeping an eye on that. But part of the restructure means that whatever happens, we can adapt – maybe do more work for clients near the front end of projects while other sectors slow down.”

But what if the recovery takes longer than expected? “Although we are meeting targets, if everything changes again and there is a double dip, we may have to look at reopening the issue of job losses,” he admits.

For now, though, the group continues to focus on growth, something it is achieving in part through an aggressive acquisition spree. It has made six UK and European acquisitions since 2000, the most recent being Savant, a 600-strong QS, which boosted Aecom’s presence in the former Soviet states and eastern Europe. “We are also looking to expand in Libya, India, Brazil and North Africa, either by sending more people over to these places or setting up offices,” he says.

At just under $250m (£160m), the group’s annual turnover in the Middle East and north Africa to October last year was significant. Although Hanway admits that the firm has suffered along with everyone else, he says Aecom is still winning work in the UAE. It is working on major projects including a $50bn programme in Libya to improve housing, roads, bridges, water and utilities supplies, involving more than 300 Aecom staff, and the masterplans for the heart of Doha, Rawbi – the first Palestinian planned community – and Saadiyat Island, a 16.7 square mile natural island off the coast of Abu Dhabi City, which is one of the Gulf’s biggest developments.

“There are still challenges and money will be lost on projects out there,” he says, “but there are opportunities to be snapped up in Abu Dhabi, Qatar and Saudi Arabia. We are fully committed to our presence out there.”

In the UK the group’s major projects include masterplanning the London 2012 Olympics, acting as programme partner for Crossrail and masterplanning the 15ha swath of former docks for the Kings Waterfront project in Liverpool. It was also one of five companies invited to tender to design the sustainability standard for Masdar, the £13bn super-green city in Abu Dhabi.

When it comes to sectors, rather than growth areas, Hanway has less to say. “When you are a company of this size, you are already working in most sectors anyway. So it becomes less about targeting emerging markets and more about improving what you are doing in the ones you are involved with.”

He does say that Aecom is looking into establishing itself in the renewable energy sector. It is one of the top three global providers of energy consultancy across the world and the aim is to extend this to renewable energy. In the UK the group has been appointed by both the Scottish and Northern Irish governments to advise on their long-term marine renewable strategy, on how wind, wave and tidal power energy should be harnessed around their coast line.

Jack of all trades?

Having a presence in so many sectors and regions has obvious benefits, but Hanway admits there is always the danger of losing focus: “It’s a legitimate fear that if you do everything, you don’t excel at anything. That’s where it becomes so important that every division must prove it is excelling in its own right. Employees know that I expect to see this in every sector. Nobody can afford to be complacent here.”

He could be forgiven for worrying, too, about the competition. The rise of the US mega-consultancies has been well documented and firms including CH2M Hill, Hill International and Jacobs are swimming in the same – albeit very large – pond. “I am not scared of competition. I am far too practical for all that,” he laughs.

He even has the confidence to highlight the companies he particularly admires. “There is a culture of intellectual rigour that I appreciate in consultants such as McKinsey and Accenture. And there is a commitment to research and development and the pursuit of future markets with companies such as Cisco and IBM.

“I have always worked with other companies, and I’ve always been a fan of collaboration. Having said that, we’ll compete with anybody and I’d like to think we’d always win. But I have to be realistic and tell myself we simply can’t win every project.”

Strategy: Plans “significant” growth in Europe to push up the region’s revenue from current level of 10% of group turnover. It plans to grow organically in the UK, possibly with niche purchases, but is also looking to make acquisitions in western Europe, particularly Scandinavia.