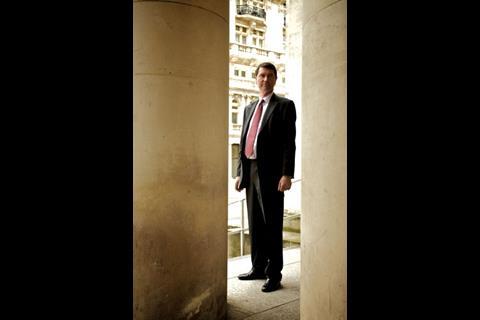 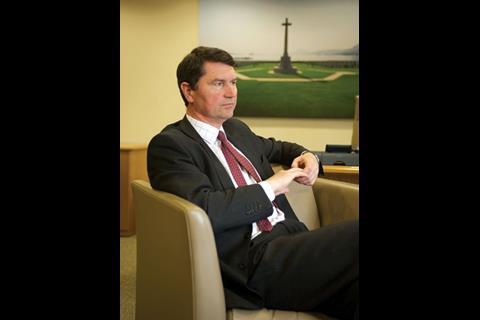 Tim Laurence has commanded warships, sailed the world and held top positions in the government. But taking the helm at Defence Estates is perhaps his greatest challenge.

It’s fortunate that vice-admiral Tim Laurence likes a challenge. Just over a year into his role as chief executive of Defence Estates he has already undergone a Public Accounts Committee investigation and faces an uphill struggle to hit the targets he has set for an estate that is still suffering from a chronic lack of funding.

Laurence is under no illusion about how tough the road ahead is. “The Ministry of Defence owns or manages about 1% of the UK’s entire land mass,” he says. “That’s a terrific responsibility. But I have always thrived on making difficult decisions. That is probably why I enjoy this job,” he pauses for a second, smiles and raises his eyebrows, “because, well, it certainly is a challenge.”

Laurence is the kind of chap who, if he were sitting next to you at a dinner party, you’d think you had got a pretty good deal. Pleasant but not dull, he is charming not suave, bright not arrogant.

“Welcome,” he smiles, all 6’4” of him as he gestures around the meeting room it has taken 15 minutes to get to through MoD’s security in Whitehall. “Welcome to this wonderful ministerial office which I, unfortunately, cannot claim as my own. I operate out of one far less pleasant most of the time.” The comment sounds odd coming from a man who is married to Princess Anne and lives in Buckingham Palace. But then he has always made it clear that vice admiral Tim Laurence the chief executive and Tim Laurence the royal are two separate people. The latter persona, we have firmly been told, is not in attendance during this interview.

Needless to say, personal questions are a definite no-no. But when it comes to his job heading the agency responsible for all MoD land in the UK and overseas, there is no holding him back. He explains how he is tackling the agency’s problems, how he plans to take its £1bn programme forward, and why he swears it is easier to run a team on a ship out on the high seas than in an office.

Laurence joined the Royal Navy in the seventies and had a successful seagoing career for the next 24 years. He climbed the ladder from navigating officer to commander and had four warship commands. He has also served at the MoD’s head office, most recently as director of navy resources and programmes until 2004 and then as assistant chief of defence staff (resources and plans) until 2007. On 30 April, 2007 he was promoted to vice admiral and took on the role as Defence Estates chief executive the following day, relieving vice admiral Peter Dunt.

But with the role came a number of problems, including criticism over inadequate servicemen’s housing, allegations of poor management, a lack of funding and a shortage of building and construction staff.

Laurence makes no attempt to put a positive spin on the agency’s bad press. Nor does he pretend that there is an overnight solution. “The most obvious challenge is that we have inherited an estate both in the UK and overseas that has suffered from severe underinvestment,” he says. “We’re now working on improving and recovering from that former position. Obviously we would all like that to happen more quickly, but there is only so much one can do each year.”

The problems were really rammed home by parliament’s PAC during hearings in May last year and a report that followed in November. It said there were significant gaps in the agency’s understanding of the cost of its estate and that it had no way of knowing where funding was needed most, that £13.5m of maintenance work was deferred in 2006/07 owing to cuts and that more than 40% of forces’ accommodation was below standard.

Laurence’s thoughts on the committee’s report are mixed: “The PAC made some sensible recommendations, but we felt that their criticism in some areas was a little OTT.” When pressed, he highlights the comment that almost half of family accommodation is substandard. “Out of four levels we have just under 60% of these units at the highest standard, another 35% at the second highest level. So that’s something like 95% of our housing in the top two tiers. Yes, there are some units at level three and a tiny number at level four. But all of them, apart from a handful of houses, meet the decent homes standard. Therefore I think the PAC was little bit glib implying that the 40% of housing which is not at the very highest standard is substandard.”

But he does admit that the quality of some servicemen’s housing is not up to scratch, particularly accommodation for single people, which is now a top priority and will be allocated a large chunk of the group’s budget – £800m a year. And then there is Project Slam, a 10-year programme launched in 2001 to raise the standard of single housing, which has attracted £1bn of investment.

“Not all housing in the UK or overseas for service personnel is as good as I’d like,” he says. “Some is a bit out of date and the kitchens and bathrooms need updating. Having said that, a lot is modern and built to a high standard. We’re investing significant sums – around £300m a year – in new build and upgrading.” The MoD hope to deliver 6,500 units for single personnel in 2008/09 and 60,000 by 2013.

Just how the shortfall has become so significant is a question Laurence does not shy away from. “We made a major strategic decision about 10 years ago that the standard for single people should be a single room with en-suite shower and toilet facilities,” he says. “Overnight we made about 150,000 bed spaces out of date because they didn’t meet that modern standard. Since then we have been trying to meet those standards.”

Another problem for Defence Estates has been the lack of internal staff in contracting, architectural and surveying roles. This problem was highlighted in November last year in a PAC report that said the MoD only employs 57% of the QSs it needs. Laurence said at the time: “It is difficult to get these people. They are very much in demand.” Today he says: “We never have as many internal people as we would like. We do sometimes use external professionals but we really try not to as we like to keep things in-house – we know we have good expertise and it is more cost-effective. The main issue is that I cannot pay as much as the private sector. I will not make millionaires out of my people. But they can enjoy the tremendous variety and good training schemes. We have a graduate training scheme now too – I think we offer a good in road into the industry.”

On a warship, if the captain says turn right, generally speaking, everyone has to turn right. It gets very wet if they don’t.

Defence Estates’ portfolio is worth £20bn. In the pipeline there are plans to develop a 193ha base in north London. The project is being carried out using a new contract called Prime Plus – something Laurence says has a lot of applicability across the entire public sector (see box below).

Other schemes include Project Aquatrine, a 25-year PPP/PFI MoD-wide water and wastewater project, regional prime contracting, and a number of PFI contracts operating around the estate. Five are regional and there are two others, one to maintain housing in England and Wales, and one to manage rural training estates.

But the group’s future contracting plans remain unsure. As Laurence explains, they are reviewing all systems across the board. “We are assessing whether we’re getting value for money and what the contracts will be from 2010 to 2013 onwards. We’ve got a team working on this and they are getting a feel for other possibilities including using framework contracting or going back to standalone contracts – we wouldn’t rule those out.”

Laurence’s rule to keep the interview focused on his role in Defence Estates is understandable, but he seems glad to talk about his earlier career commanding ships and as he does so he relaxes.

“I loved commanding ships. I really loved it. And it was a great deal easier running a team on a warship I can tell you. When you have 300 people in a metal box, if the captain says turn right, generally speaking, everyone has to turn right. It gets very wet if they don’t.

“With Defence Estates, people are scattered throughout the UK from Cape Wrath to Land’s End and then across a number of bases abroad so it becomes much more difficult to convey the messages. I try to communicate in various ways – websites, magazines, journals and travelling round to meet people. I try to spend two days each week going to sites to meet customers and staff.

“But I really did enjoy being at sea. I was working with terrific people, travelling round the world. It was just a great experience.”

He leans back in his chair and falls silent. You can’t help but wonder how much this man misses life on the high seas. But the mood of nostalgia lingers only a split second before Laurence becomes the epitome of efficient professionalism once more.

Prime plus and Project MoDEL

What is PCC?
Prime Plus Contracting (PPC) has been developed by the team running Defence Estates’ flagship project, Ministry of Defence Estate London (MoDEL) Project which will combine operations from a number of defence sites in Greater London at RAF Northolt. It started in 2006 and is due to complete its work in 2010.

How will it work?
PPC uses the value of the sites that are to be released to fund construction costs. A partner is appointed to fund and manage the development of the core site at RAF Northolt, the relocation of units and the sale of surplus sites.

Who are the key players working on this scheme?
VSM Estates will deliver Project MoDEL by funding and project managing the construction requirements, relocating units, and disposing of the surplus sites. Bovis Lend Lease has been awarded the smaller Project MoDEL contract to deliver the new British Forces Post Office (BFPO) The MoD has invested £180m in the operational facility at RAF Northolt from their current home at Inglis Barracks, Mill Hill.

What will Project MoDEL deliver?
In total, Project MoDEL will result in 900 military and civilian personnel from RAF Uxbridge, Inglis Barracks and RAF Bentley Priory being moved to the new site which will have new offices, new technical and squadron accommodation, single living accommodation, catering/messing facilities, and physical and recreational training areas.