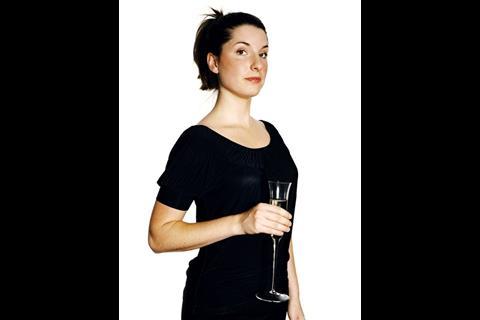 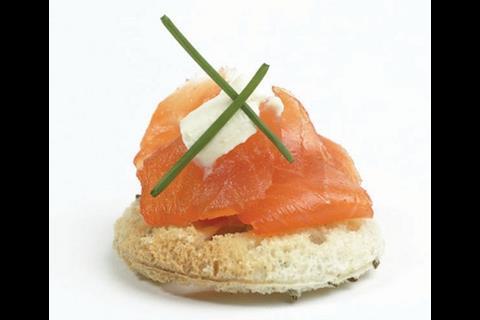 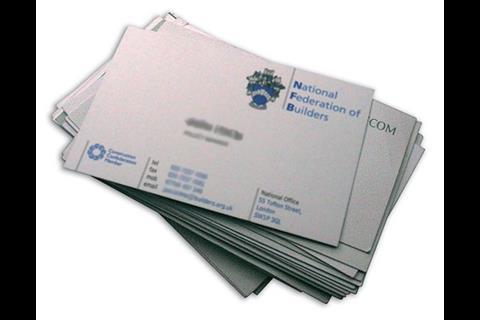 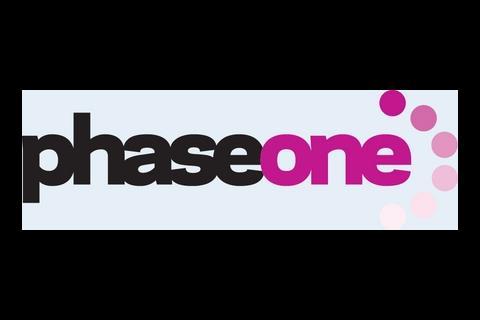 EC Harris QS Vicki Burley, right, knows that in business who you know is often as important as what you know. But how easy is it for a newcomer to get a look in? We sent her and Katie Puckett to infiltrate and review three networking events in London

It’s hard to imagine anyone moving or shaking at this ungodly hour but when Vicki and I step through the double doors into the opulent Four Seasons ballroom it’s already heaving with a jovial crowd, swapping cards and glugging coffee.

There are a lot of grey suits and even more grey hair. You have to pay to join Movers & Shakers, so companies tend not to send their project QSs along. Vicki is one of the youngest people in the room, and almost certainly the most junior. There are quite a few women, though – there’s a large marketing/business development contingent among the Movers & Shakers members.

At first glance, breaking into one of the crammed-in groups looks difficult, but as Vicki meanders through the crowd, she is accosted by a friendly guy who works in business development. “Hi, I’m Terry! You look a bit lost,” he says. “If you want to be introduced to anyone, let me know.” Somehow we get chatting to some senior directors from Land Securities and there’s a round of introductions and card exchanges.

Vicki finds that telling people she works for a big consultant is an icebreaker. “Everyone seems to know someone at EC Harris, so I don’t have to explain what I do,” she says.

After half an hour of meet-and-greet, everyone files through to the main room for breakfast. There are sponsored tables, but mainly it’s a free-for-all, prompting much furtive sizing up before everyone sits down with their nine tablemates. Vicki is keen to meet people of a similar age to her, so we hustle over to a young-looking group.

Over elegantly presented full Englishes, everyone chats to their neighbour, sips juice, turns to the person on their other side, sips coffee and earwigs the more interesting conversations two people down. Vicki meets a guy who fits out luxury apartments and a woman who works for an interiors firm, who invites her to join Women in Property, another networking group. The focal point of the morning is a speech by Roger Madelin, Argent’s chief executive, followed by a Q&A. All that remains is a farewell card swap and we’re out into the sunshine after a hard day’s networking. And it’s only 9.15 in the morning.

Vicki’s verdict “There’s a real mix of people, and I could have forced my way around and met more – it’s a really welcoming atmosphere. They’re all contacts you could use, although there was a lack of people at my level. It’s good having a standard format and sitting down makes things a lot easier – at some events, you’re balancing a cup of coffee and a mini bacon roll and trying to eat and meet people at the same time. This is all very civilised, if you can face the early start.”

A very large man is bellowing into his phone outside as we arrive: “I’ve got to go – I have to go and talk to a load of boring chartered surveyors.” Vicki didn’t enjoy her first encounter with MingleMinded some months ago and this doesn’t bode well for her second.

A downstairs bar has been reserved for the event, so we descend into the gloom. MingleMinded favours dark, loud, expensive City bars and this is no exception. The event’s been running for an hour when we get there, and it’s already pretty full even though it’s only 7pm. The crowd’s a little older than Motion’s usual clientele and mostly made up of men in suits.

We’re frazzled after a long day at work, so we buy drinks and acclimatise before hurling ourselves into the fray. We position ourselves near the bar so we look welcoming if anyone wants to come over, but before any strangers have the chance, Vicki bumps into a friend from school who now works for Bovis.

I get the second drink in and Vicki goes to find someone to talk to. Once you’re on the networking circuit, it seems you can’t help running into the same people – Terry from Movers & Shakers reappears and introduces her to a group of fellow QSs. We decide he is officially “the friendliest guy in the world”.

Again, working for a top-three consultant proves to be a handy icebreaker – everywhere Vicki goes, she meets people who have either worked there or know someone who has. One of the QSs we meet used to work for EC Harris in his twenties and regales her with stories of his peers, now directors, getting drunk and lairy.

The evening takes a turn for the worse as we stand at the bar trying to buy our third drink. A loud South African voice booms from behind us: “Two girls from the construction industry at the bar? I gotta know what you do!” Through gritted teeth we introduce ourselves and endure a five-minute sales pitch for a business development-type service that is never quite explained. “It’s not what I do – it’s what I can do for YOU,” he declares.

He claims an interest in sustainability but Vicki easily susses that he doesn’t know what he’s talking about. We escape back to Vicki’s friend from Bovis and meet his colleagues, who are QSs of a similar age to Vicki.

As the evening draws on and the crowd thins, Vicki spots the man who had earlier declared all surveyors to be boring, towering above the rest of the crowd by the bar.

She marches over and in response to his “So what do you do?”, replies: “I’m a chartered surveyor. Does that make me boring?”

“It makes you even more interesting,” he sleazes.

Meanwhile, three bleary-eyed men are looking over at me. One, sporting the unmistakeable square-framed glasses of an architect, sidles over. “You can introduce yourself if you want,” he says.

I’m rescued from a rather bizarre conversation – “I’m a bit esoteric,” the architect is saying – by Neil Stanley, a director at interiors firm KelSco and one of MingleMinded’s organisers. He takes us over to a friendly group and we all swap cards.

Vicki’s verdict “It was much better than the last time I went because I didn’t take it too seriously. It’s totally what you make of it. You just need to know two or three people and you can head off and do things from there. It’s definitely more of a social thing – there are many people doing the same thing as you and not many clients to sell your services to.”

We emerge through the foliage at the edge of Park Crescent Gardens on a beautiful summer evening to be greeted by a marquee, waiters bearing trays of champagne and mojitos, and a wall of name badges.

The whole corporate summer party thing is a new one for Vicki – project QSs don’t usually get to sample such lavish hospitality, but since she’s in the hotel division of EC Harris, and Aukett Fitzroy Robinson design hotels, we’re hoping it’ll be a useful networking opportunity.

Badged up, champagne flutes in hand and heels sinking into the grass, we study the crowd. Nearly 300 people are expected and, by 7pm, a sizeable crowd has gathered. Vicki doesn’t see anyone she knows, and it’s hard to know where to start.

We strike up a conversation with some of our hosts. Suddenly, Vicki is grabbed by two consultants from Humberts Leisure she made friends with at a networking lunch. They ask if she’s planning to go to a hotel conference in Rome – “you must come!”

That’s just the start of a stream of encounters with people Vicki already knows, punctuated by champagne refills and quail egg, asparagus and smoked trout canapés.

The evening is definitely more about cementing existing relationships than making new ones. Next time I turn around, she’s talking to a designer she met the previous morning at a kick-off meeting for a project EC Harris is hoping to win.

The entertainment for the evening is provided by performers on stilts in butterfly costumes. We duck out of the path of a passing bug as its antennae flail overhead. Then there’s the bubbologist, Sam Sam, who produces a giant bubble sword and manages to rope Vicki into a complicated trick.

As the evening draws to a close, Vicki meets a last contact – a building services engineer she’s already on good terms with at work.

“I didn’t get a single card,” she says as we leave. For once, that’s a good result.

Vicki’s verdict “Before I arrived it was a bit daunting. I thought it would be full of people I wouldn’t know but there were loads of people I work with, and they do expect to see you out. It was really informal, but everyone was like “it’s great to see you”. It adds a different dimension when you have a meeting with someone and then see them out a bit later. I thoroughly enjoyed it.”