A wake up call for 'retro man'

The gender pay gap won’t close itself, it’s going to take a concerted and above all conscious effort. We should embrace the mandatory reporting from April as a much-needed wake-up call to get started. 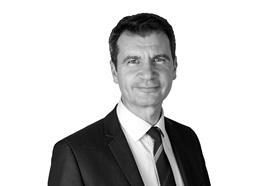 Over the last few months a barrage of headlines have put gender inequality in the spotlight - from the high-profile Hollywood scandals that gave rise to the ‘Me Too’ hashtag, to the fall-out from the latest, and almost certainly last, Presidents Club dinner. We’ve heard the BBC excruciatingly reporting on its own record of unequal pay, and stories of men abusing their power in some of the most respected aid charities, Oxfam and Save the Children. Women may have had the right to vote for a century, but when it comes to equal treatment in the work place, it feels like there’s still a long way to go.

Unhelpfully, amidst all this of this unprecedented media attention, the matter of the gender pay gap has got well and truly mangled. Let’s get this absolutely clear: the gender pay gap is not the same as equal pay. The law has required companies to pay men and women the same amount for performing the same roles for the best part of a decade now. The requirement for all companies employing more than 250 people to report - from April 2018 - on the difference between the mean pay of all men and women, regardless of role or seniority, tells us something very different. It should be more helpfully called the gender representation gap.

Let’s be honest. The fact that the construction and property industry employs a lot more men than women should not come as a surprise to anyone. A sector that has historically attracted far more men, and whose highest paid leaders are predominantly male, is bound to have a significant gender pay gap. What the new reporting will highlight is the need to do much more if we want to attract more women to our sector at a time when we are facing a chronic skills shortage, and an ever-more pressing need to ensure our workforce better reflects the clients, partners and communities we work with.

McKinsey recently published a report ’Delivering through diversity’ that provided yet more empirical evidence - if we needed it - that companies that are more diverse at a senior level perform better financially. It’s always good to have some hard evidence to back up what we instinctively know to be true - that having teams that bring a range of different experience and perspectives to bear are generally more successful. But beyond a conversation that can easily descend into platitudes, what are we actually supposed to do to change the status quo?

Setting a target to close the gap is a good start - “if you can’t measure it, you can’t manage it” as the saying goes. Then linking that target to directors’ KPIs and bonuses does wonders to focus the mind. Requiring gender balanced shortlists for senior hires is also a game-changer, and targeting equal numbers of male and females on graduate and internal future leaders programmes, providing flexible working and equal paternity/maternity leave will start to shift the dial.

The really hard part is shifting deep-seated attitudes. I can remember - way back in the ‘90s - when the concept of the 'new man’ became common currency. I prided myself on being a relatively enlightened male of the species back then. But times have changed - what was modern in the ’90s is positively retro now, and retro man is not a good look when it comes to gender equality. No doubt that’s something the guests at the Presidents Club dinner have had a chance to reflect upon, but there are lots more subtle and invidious examples of unconscious bias that shape our prejudiced behaviour every day. The gender pay gap won’t close itself, it’s going to take a concerted and above all conscious effort. We should embrace the mandatory reporting from April as a much-needed wake-up call to get started.

Lendlease published its gender pay report ‘Minding the Gap’ in October 2017, you can download it here.