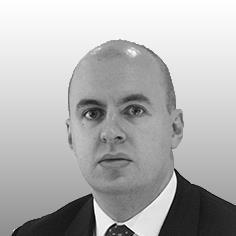 During April 2014 Topevent Ltd engaged Wycombe Demolition Ltd to carry out demolition works at a site at Lane End, Wycombe. It was common ground that there was an oral construction contract between the parties, but the date on which the contract was made and the relevant terms of the contract were disputed.

On 26 February 2015 Wycombe commenced an adjudication under the TeCSA rules claiming payment of outstanding invoices - which it sought to increase through a re-valuation - as well as damages in lieu and damages for breach of contract by Topevent for alleged wrongful termination.

In its response Topevent counterclaimed £180,000 contending that Wycombe had left substantial works incomplete and was in breach of contract for wrongful termination. Topevent also challenged Wycombe’s valuation of variations, extra works, and sums contractually due and requested that the adjudicator visit site in order to complete his assessment of any re-valuation.

The adjudicator refused Topevent’s request for a site visit, which he considered neither necessary nor cost-effective for making a determination of the value of the works. In his decision of 22 April 2015 the adjudicator found that the parties had “probably ended the contract by mutual consent” and that the re-valued increased amount claimed by Wycombe was justified. The adjudicator awarded Wycombe £114,000 plus costs, and dismissed Topevent’s counterclaim.

Topevent did not pay and Wycombe subsequently issued enforcement proceedings in the TCC.

Should enforcement be declined on any of the grounds advanced by Topevent?

As regards the multiple disputes point the judge observed that the notice of adjudication made it clear that the dispute between the parties concerned the outstanding payment due to Wycombe following the cessation of works on site. Both elements of the payment said to be due, those being the value of variations and the financial consequences of termination and demobilisation, were part of the same dispute - they were simply different components of the total sum in dispute. The judge therefore rejected this ground.

The judge also noted that in any event, the TeCSA rules provide at paragraph 11.1 that the adjudicator can deal with “any further matters” which the parties agree should fall within the scope of the adjudication. If there were two separate disputes, Topevent’s acquiescence in, and failure to object to, the adjudicator dealing with both disputes gave the adjudicator the necessary jurisdiction.

In rejecting Topevent’s third ground, the judge noted that the adjudicator was “faced with a myriad of different approaches to valuation” complicated by the unhelpful way in which the claims were set out. Having reviewed the submissions in the adjudication the judge concluded that the adjudicator had looked at the muddled claim documentation and the even more muddled response, and then considered the evidence including the witness statements and come to a conclusion. The adjudicator had not strayed beyond the boundaries of natural justice by either making good the deficiencies in the claiming party’s case or by plugging a gap in that case without prior notice to the parties.

This decision should provide some comfort to adjudicators confronted, as they frequently are, with opaque claims and incoherent evidence. The judge stated that the adjudicator has to do his/her best with the material provided and has considerable latitude to reach his/her own conclusions based on that material without being bound to accept the figures advanced by the parties.

The judge also expressed the view that this latitude will be wider now that adjudication can encompass contracts not recorded in writing. As happened here, the adjudicator’s conclusions about the nature and terms of the contract could affect his/her approach to valuation issues.