Adjudication: The lay of the land

Does the work you’re engaged with constitute a ‘construction operation’? You had better be clear on this before you enter into adjudication 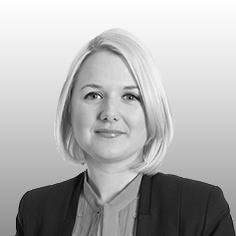 The recent case of Savoye and Savoye Ltd vs Spicers Ltd highlights some of the exclusions from construction operations which are worth considering, whether negotiating contracts or trying to resolve disputes.

The definition in the Construction Act of what amounts to a construction operation is wide and includes:

In addition, there are key exclusions to “construction operations” such as supply-only contracts and site-specific exclusions. For instance, certain works at sites including power plants, water treatment plants and gas storage facilities, which would otherwise fall under “construction operations”, are excluded. It should also be noted that certain types of contracts are also excluded, whatever construction works they provide for. These include contracts with residential occupiers, top-tier PFI contracts and certain development agreements.

The Savoye case focused on whether the design, supply and installation of an industrial conveyor belt system constituted “construction operations”. The key question to determine that was whether the conveyor belt system “formed part of the land”. As can be noted above, the definition contains a requirement for the activities to relate to buildings, structures or works “forming, or to form, part of the land”.

The Law of Property provides significant guidance in relation to what forms part of land. In applying this in a construction context, the court considered a number of factors such as:

The court found that the conveyor belt system did form part of the land. Consequently the statutory adjudication provisions did apply to the parties’ contract and the adjudicator’s decision for a payment to the contractor could be enforced.

If some of the works under the same contract fall under ”construction operations” but some outside (for example, the erection of steelwork on a power plant would be out, but the designing of the steel itself would be in), then the statutory regime will only apply to the parts of the works which are in and not the rest, which is a recipe for confusion and some serious legal bills. So, if in doubt, or if the works as a whole are likely to be excluded, make sure that your contract contains express adjudication and payment provisions, which comply with the act.

If you are faced with a dispute and your contract does not have express adjudication provisions, it may be worth asking the court whether the works in question are “construction operations” before commencing any adjudication. The procedure for this is relatively swift and could save you wasting costs pursuing an adjudication which you win but then can’t enforce.

While the contractor in this case was no doubt very pleased that it could enforce the adjudicator’s decision, it was probably less pleased that obtaining that confirmation cost it over £200,000. If it was less than pleased at the cost it incurred, no doubt it was positively sick when told by the court that its costs were disproportionate (as the amount in dispute was only just under £900,000) and so it was only entitled to recover £96,000 from the employer. If the contract had contained clear adjudication provisions both parties’ costs of the enforcement would have been avoided.

Following my recent article on the importance of payment and pay less notices (13 February 2015, pages 36-37, http://ubm.io/1J9ApKQ), it is worth noting that, in this case, the adjudicator awarded payment due to the employer’s failure to issue the required notices. Given the employer had issues with the quality and performance of the conveyor belt, hopefully the parties can resolve any final account without incurring further substantial costs.