Adjudicator jurisdiction: Between a rock and a hard place

A case from January illustrates the potential difficulties of seeking to limit the jurisdiction of an adjudicator and how, consequently, their decision may be wider than expected 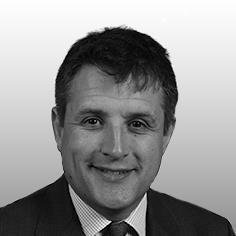 The case of Wales and West Utilities Ltd vs PPS Pipeline Systems GmbH, in January, is a cautionary tale for those considering referring a matter to adjudication. The case illustrates the potential difficulties of seeking to limit the jurisdiction of an adjudicator and how, consequently, the decision
of the adjudicator may be wider than intended.

The dispute in this case related to an £8m contract for the supply and construction of a gas pipeline in Wales. A major part of the works involved excavating and laying steel pipe in trenches. In areas where the excavation was in rock, the steel pipes needed to be protected using a coating to guard against abrasive damage from the rock.

On 11 October 2012, PPS wrote to Wales and West setting out why it was entitled to a compensation event under the contract. This included reference to the additional quantity of rock and the subsequent need for additional pipe protection, namely Rockguard.

On 18 October 2012, PPS sent Wales and West an early warning notification again referring to the increased quantity in rock. Wales and West responded on 29 October making specific reference to the letter of 11 October, rejecting the additional rock claims.

Wales and West subsequently commenced an adjudication relating to the claim. Wales sought to limit the scope of the dispute by stating in the notice of adjudication that “the scope of this adjudication does not extend to consequential issues such as the quantity of rock encountered, alleged time or quantum impact”.

However, in its Response PPS stated that it sought a decision that it is entitled to a compensation event for the increased quantities of Rockguard.

In its reply Wales and West argued that the dispute referred to adjudication did not include issues relating to the recoverable costs of alleged additional quantities of Rockguard.

The adjudicator agreed with PPS and decided that he did have jurisdiction to deal with the Rockguard issue. He found that whilst PPS had no entitlement to a compensation event in respect of the rock issue, the project manager failed to instruct a change to the works information in respect of the increase in the quantity of Rockguard installed.

Consequently, PPS was entitled to an appropriate project manager’s instruction in respect of Rockguard.

PPS then commenced adjudication three, to recover £607,659.72 in respect of the additional quantities of Rockguard it said it was entitled to.

The adjudicator awarded £479,817.17 and ordered Wales and West to pay his fees. Both the amount awarded and the adjudicator’s fees were paid by Wales and West, which then commenced arbitration proceedings to establish whether there was any claim available in respect of Rockguard.

The court was of the view that the letter from Wales and West on 29 October 2012 rejected the claims made by PPS in the previous correspondence.

This crystallised the dispute between the parties which encompassed the Rockguard claim.

Careful drafting is required when a party refers a dispute to adjudication so it is clear what the adjudicator is being authorised to do. Otherwise an adjudicator’s jurisdiction could be wider than expected with unintended consequences.

In addition, any challenges to the jurisdiction of an adjudicator must be made at the earliest opportunity and a party’s position should be reserved throughout the adjudication proceedings.

Alastair Young is a partner in the construction team at Dentons