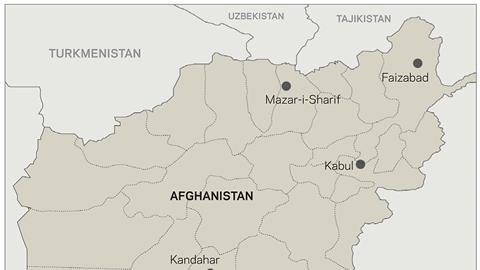 Away from the front page headlines, Afghanistan is taking steps forward, commercially. Its considerable mineral wealth is to be mined to provide for its economic development. This means there will be a need for significant construction and infrastructure - new roads, railways, power and water plants, schools, hospitals and housing. And that adds up to opportunities for foreign contractors and suppliers. But just what sort of legal regime might those contractors and suppliers face?

The starting point is the Afghanistan constitution of 2004. It says that courts must apply the provisions of any enacted law but, if there is none, they must decide issues according to Sharia law. Any laws or decrees that are contrary to the constitution are invalid, and no law may contravene the principles of Islam. An example could be a law prescribing the payment of interest, something which is forbidden under Islamic principles.

Afghanistan also has an ‘informal’ legal system, mainly to resolve local disputes through traditional institutions such as Shura (local councils) and Jirgas (gatherings of elders)

Afghanistan has a number of laws relevant to construction projects. The 2008 Procurement Law (as amended) regulates procurement of works, services and goods by government entities (but not private ones) and is intended to provide a transparent basis for public procurement. Those wishing to bid for public contracts can expect to have to follow these rules, which set out the tender process in detail and provide review procedures in the event of a breach by the government.

The 1955 Law of Commerce and the 1977 Civil Law regulate contractual and commercial law matters. They deal with issues such as who is entitled to enter into a contract, what is required for a contract to come into existence and what happens if contractual relations between the parties break down. The Civil Law deals with the performance of works and the supply of goods and services. It includes a statutory defects liability period for defective work and design, and a right for the employer to terminate the works at any time, subject to compensating the contractor for expenditure, wages and the profit that would ordinarily result.

To do business in Afghanistan, contractors and suppliers need to register with the Afghanistan Investment Support Agency and/or the Ministry of Commerce and Industry. Although this is relatively simple, in practice, further licences and permits are likely to be required, depending on the specific activity. For example, construction companies may be required to obtain a construction license from the Ministry of Urban Development. The 2006 Private Investment Law also comes into play on construction activities by foreign entities as it promotes and protects private investments and businesses.

The 2007 Environmental Law regulates environmental matters and the National Environmental Protection Agency deals with the Licenses and permits required by contractors and suppliers. The 2009 Income Tax Law and 2005 Customs Law are the relevant tax and customs rules and the latest customs tariffs list the rates payable on the import and export of goods into Afghanistan, including machinery and equipment.

Bribery and money laundering are prohibited - the latter carrying a two-to-five-year prison sentence and/or a fine.

For disputes, there are three levels of courts; the primary courts, the courts of appeal and the supreme court. Any disputes filed would follow this route, but perhaps more attractive for foreign contractors is arbitration, for which the 2007 Commercial Arbitration Law provides. Afghanistan has signed up to the New York Convention on the Recognition and Enforcement of Foreign Arbitral Awards, which is good news for enforcement. The laws also recognise that parties may try to resolve disputes through mediation.

Afghanistan also has an “informal” legal system, which applies Sharia law and custom, mainly to resolve local issues and disputes through traditional institutions such as Shura (local councils) and Jirgas (gatherings of elders).

Help with the homework

Those wishing to do business in Afghanistan and get up to speed with all the relevant legal requirements and issues may find the Afghanistan Investment Support Agency helpful (www.aisa.org.af).