Autumn Statement: Gently does it

The chancellor’s abandonment of the deficit target does not herald an era of public spending largesse, but clearly housing and infrastructure will benefit from an investment boost 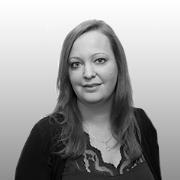 Signing off his first set-piece spending announcement as chancellor this week, Philip Hammond promised to “build a country that works for everyone”. And amid the headline economic forecasts of higher borrowing and lower growth, it was clear that the new government sees construction - at least as far as housing and infrastructure are concerned - as central to its vision of creating a more productive Britain that is able to make a success of Brexit.

The chancellor confirmed he will abandon the target of clearing the UK’s deficit by 2020, amid increased economic uncertainty following June’s referendum, instead vaguely shooting for “as soon as possible” in the next parliament. As expected, this leaves the path clear to use public borrowing to fund developments that can help address the challenges faced by the UK economy.

The foundations for this easing of of austerity when it comes to funding capital projects were laid with the government’s announcement last month that it would increase public borrowing to fund a £2bn “accelerated construction” fund for housing, on the basis that the investment would pay off in the long term. But in a critical step for the industry, Wednesday’s announcement revealed the headline fund generated by this shift in approach - a £23bn National Productivity Investment Fund - will explicitly fund both infrastructure and housing, alongside telecoms and research.

Essentially, the government is increasing borrowing in order to fund work in these areas, rather than them being a side beneficiary of a wider economic stance. It may seem like a small difference, but it is an important and encouraging sign of the link the government is making between investment in the built environment and economic
growth, a point pressed hard by industry bosses.

The chancellor’s claim that the investment will equate to a doubling of spending on housing in real terms over the parliament will be scrutinised heavily over the coming days and weeks, but nonetheless is a welcome statement of intent

Another encouraging sign was the chancellor’s announcement that he has told the National Infrastructure Commission (NIC) to plan for spending totalling 1-1.2% of GDP on infrastructure from 2020 to 2050, compared with roughly 0.8% today. The significance here is not so much in the sum - an increase that seems inevitable given the long term, major projects currently poised on the blocks. Rather, it is in the principle of having a consistent annual spend, and the role the NIC appears to have been afforded in recommending the projects that will benefit.

Meanwhile, denizens of the northern powerhouse, while frustrated by a “wait and see” message on investment to be outlined separately by transport secretary Chris Grayling, can take heart from the fact the chancellor referenced the concept, so far marginalised by the government, twice in his speech.

When it comes to the actual sums at stake in Wednesday’s package, in the chancellor’s own words, there were no rabbits being pulled out of hats. Housing was the clear winner, with a £1.4bn fund for affordable housing over the next five years, part of a package for the sector under the National Productivity Investment Fund that will equate to £1.5bn next year and rise to £2.5bn by 2019-20.

The chancellor’s claim that the investment will equate to a doubling of spending on housing in real terms over the parliament will be scrutinised heavily over the coming days and weeks, but nonetheless is a welcome statement of intent. So, too, is the linking of housing to local infrastructure through a dedicated £2.3bn combined fund.

Elsewhere, roads investment of £1.3bn is likely to feed through rapidly into industry pipelines, but the pledge to “increase capital investment in grammar schools”, at £60m a year, is unlikely to stir too much excitement.

So it would be a mistake to imagine that the abandonment of the deficit target is going to herald a mid-noughties era of public spending largesse - the chancellor emphasised repeatedly the need to strike a balance between economic prudence given market uncertainty and making the investment that will increase the UK’s productivity.

But while the pockets of investment themselves are not game-changing, the industry can come away quietly reassured. In policy terms, the contribution the sector can make to the UK’s economic success seems to have been put more centre stage and made more explicit under the softly-spoken Hammond than under his predecessor, despite George Osborne’s fondness for his tub-thumping “We are the Builders” refrain.

Now, the industry needs to see this focus matched by a parallel concentration on the planning and skills reforms that will help it to deliver.

We hope to welcome you at our Building Live event next Tuesday, where our expert panellists will debate the impact of the Autumn Statement. To see the programme and book your place, visit www.building-live.co.uk