Carrots as well as sticks

To tackle climate change, markets and regulations need to pull in the same direction - alas, the government is scrambling to keep hold of the rope 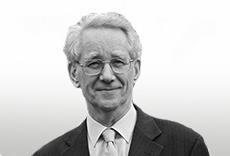 What’s the fastest way to change the world? Markets or regulations? Carrot or stick? In the past ideologies have been built, manifestos written and wars fought trying to decide the right answers. So maybe it’s not much surprise that faced with the urgent need to confront the challenge of climate change - the greatest threat to humankind - we are in such a pickle about the right way to do it.

Making the huge change of direction that we need if we are to avoid smashing our environment onto the rocks is a daunting prospect. For some that leads to the “la-la-la” policy response: do nothing and hope for the best. If you are of the “la-la-la” tendency, thinking it’s not real, or too hard, or too late, and that buildings are not as much of a climate change problem as cars or cows, you need to know buildings pump out 40% of the UK’s greenhouse gas emissions. Climate change is your industry’s problem, and you need to take ownership of it.

Treasury mandarins have a much more positive approach. They are keen to help, but insist on first settling once and for all that choice between the use of carrots or sticks. Unfortunately while they don’t like sticks, they can’t afford any more carrots either.

When it comes to tackling climate change that is obviously a false choice: we need markets and regulations to work together. Otherwise that stubborn donkey won’t move.

That’s why it is such good news that at last it seems the market is waking up to the added value of a “green home”. According to the Department of Energy and Climate Change (DECC ) there is now some evidence that homes with higher graded Energy Performance Certificates (EPCs) can command a price premium. DECC says that in my own North-west region the premium could amount to £12,900 for an equivalent home at EPC rating B compared to the same house-type rated only D on its EPC.

Maybe from now on developers will just put in the energy-saving kit the same way they put in fitted kitchens and double glazing, because otherwise they just won’t be able to sell the house.

Too good to be true? Well, RICS isn’t convinced yet, either, judging by the evidence it gave recently to the all party parliamentary group on the built environment. Nevertheless it is the first hint that some common sense has kicked in with house purchasers, and that low fuel bills and increased comfort levels have a real-terms value.

That makes the bad news all the more disappointing: the May publication date for the revised Part L regulations, announced by the chancellor in his Red Book last March, has been missed. Just when the market is starting to pull in the same direction as the regulations, the communities department has fluffed its lines.

With such low construction industry output, and the government committed to being the “greenest ever”, it now needs very clear thinking about how to join these things up to get the results each wants. I believe there is a shared view about what we need to deliver, how best to deliver it and where to make a start. It can’t be all sticks and it can’t be all carrots - we need both, and they each need to be applied to the appropriate end of the donkey.

It is the first hint that some common sense has kicked in with house purchasers, and that low fuel bills and increased comfort levels have a real-terms value

Sometimes markets can deliver well. A hundred years ago in 1913 the housebuilders’ dilemma was whether to go on installing gas lighting, or risk the extra cost of that new-fangled electric lighting instead. That wasn’t settled by any new regulations. So how did it happen? Simple - purchasers wouldn’t buy a house that didn’t have electric lights. The market decided, and even today there are no regulations that require a house to be equipped with electric lighting.

But markets don’t work every time either. Cholera and cess pits may be lost in history, but high alumina cement and asbestos insulation bring us more up to date with the catastrophic failures markets can produce. And all those hi-vis jackets and hard hats on site show another value of regulation as accident statistics drop to something nearer the outside world’s average.

So just when we might at last have the market facing the right way, we need the communities department to be running ahead, providing the construction industry and its supply chain with clear signals and setting out the full route to the zero carbon destination. I know Don Foster, under secretary of state for communities and local government, and his team will be keen to do just that, but right now they seem to be scrambling to keep up.