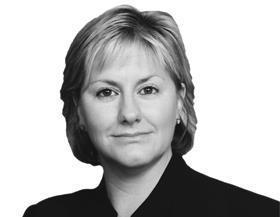 Considering whose interests need to be protected and how best to achieve that when procuring a construction project or development scheme is one of the most basic considerations that is, or at least should be, given careful attention when a project is to be undertaken – just another part of the bigger puzzle when pulling together the commercial requirements of a project and reflecting those in the contractual arrangements.

In general, third parties without contractual relationships with those involved in the procurement or carrying out of the project, and who may suffer loss at their hands should they fail to do what they are obligated to do, may achieve a limited recovery of losses in the tort of negligence for breach of duties of care. The Contracts (Rights of Third Parties) Act 1999 might also assist as it gives a non-party to a contract a right to enforce some of its terms. But the act is commonly excluded from most commercial agreements, and economic loss is not recoverable for claims in tort.

Be aware and do your due diligence, check limitation periods and pursue claims without delay where possible

The option widely chosen by third parties in the construction industry (which became mainstream in the 1980s) is the granting of express contractual rights by contractors and consultants through the provision of collateral warranties, which creates a direct contractual relationship between the warrantor giving the warranty and the beneficiary of that and therefore potentially enabling the beneficiary, should it be able to prove loss at the hands of the warrantor, the right to claim damages.

Collateral warranties tend to mirror the language and obligations of the main building contracts and consultant appointments to which they are collateral (hence the name). Collateral warranties are generally part of the security package required by third parties, and often from the outset before they part with their cash.

The courts have dealt with various issues concerning collateral warranties over the years. Examples include whether these agreements fall within the Construction Act (the answer is that they probably do), if the court will order specific performance of an obligation to provide a collateral warranty (again, it probably will) and if a collateral warranty is a contract in its own right, distinct from the building contractor to which it relates (it is).

What happens if a collateral warranty is obtained some years after completion of the works or services to which it relates? Is the beneficiary third party still able to bring a claim under it if the limitation period for the underlying building contract or consultant appointment to which it is collateral has expired?

This was the question considered by the Scottish Court in British Overseas Banks Nominees Ltd vs Stuart Milne Group Ltd. The case concerned a collateral warranty given by a design and build contractor in favour of the purchaser of a development. The development, which comprised a retail park and associated car parking, was completed in 2009. The purchaser acquired the site and obtained the collateral warranty in 2013. By this time it had become apparent that the car park suffered from flooding at its northern boundary. Nearly five years later, the purchaser commenced proceedings against the design and build contractor under the collateral warranty for breach of its obligations to carry out its works (including design) with reasonable skill and care.

The court agreed that the collateral warranty was a distinct and separate contract, but due to its wording it was still dependent upon the underlying design and build contract.

The court also stated that it would be possible for the parties to a collateral warranty to expressly agree a different time bar from that in the building contract, but that it should be normal practice that the same time bar applies to all the potential liabilities of the contractor and the design team.

Any third party who obtains a collateral warranty (particularly if it is some time after a project is completed), should take heed of this decision. It is likely to be very difficult to persuade a contractor or consultant to accept a different limitation period under a collateral warranty to that provided for in the building contracts or appointments to which they are collateral. Be aware and do your due diligence, check limitation periods and pursue claims without delay where possible.