The industry’s had a rough ride in the media this week: accusations of a blame culture (it wasn’t me!), fake news about Brexit-related site brawls (didn’t happen) – and now they’re even dragging Harrison Ford into it

Shame from the dame

Dame Judith Hackitt was taking no prisoners at a recent Industry Response Group get-together to discuss the Competency Steering Group’s Raising The Bar tome. After a withering assessment of the industry’s post-Grenfell progress, Hackitt, asked whether the industry was sufficiently united, said the opposite was true. “Fragmentation suits the industry. It gives lots to point the finger at.” Is she suggesting there’s a blame culture in construction? The very idea!

Close readers of Tenders Electronic Daily – a supplement of the Official Journal to the EU, where public bodies advertise contracts to the market – will have noticed one local authority is particularly keen on the process. The London borough of Haringey has posted 125 notices to TED since the beginning of July, 77 of which are for tree maintenance jobs – which are worth as little as £130. As the UK looks down the barrel of Brexit – and hence, presumably, leaving the OJEU system – the residents of Haringey could be on the brink of seeing their impeccably trimmed trees transmogrify into dense and unruly tangles of leaf and branch. No wonder local MP David Lammy is such an outspoken remainer.

A video doing the rounds on social media last week that showed a brawl among construction workers in a site canteen grabbed a few people’s attention, including one of my hacks. The reason? The video had been labelled as a fight at Crossrail’s Bond Street station between British and eastern European workers. Perhaps a discussion about the intricacies of the Irish backstop had got out of hand? But it wasn’t true. It turns out the Battle of Bond Street was, in fact, old footage of a tear-up from a site in Russia. Those Russians were really knocking lumps out of each other, so I’d wager the new touchy-feely world of construction being promoted here in the UK has yet to make its way to the motherland.

No pain, no gain

The people behind the Midland Met hospital in Birmingham do seem rather fixated on getting it open in time for the Commonwealth Games, which begin in the city in summer 2022. But I must admit, I’m rather baffled by it all. Are they expecting a host of casualties from the event?

One Sunday newspaper ran a story last week entitled “Indiana Jones and the bloated HS2 rail project”. The story linked the long known-about archaeological works going on as part of HS2 with a call from an unnamed government minister to “kick [HS2] in the head”. This got me wondering which cinematographic opuses might be next to be sullied by flimsy association with ailing infrastructure schemes? Are we to have Harry Potter and the sinister Hinkley Point C project? James Bond and the cruel Aberdeen Western Peripheral Route? What about Crossrail: A New Hope-lessness?

One of the good guys

Andy Hill, boss of the Waltham Abbey-based housebuilder that bears his name, is regarded by some as one of the nicest blokes in the business, so it will come as little surprise that he is establishing a charitable foundation to fund the delivery of 200 modular homes for homeless people. Speaking as his firm celebrated 20 years of being in business, Hill said he was launching the five-year-long, £10m programme “to give something back”. Good man. 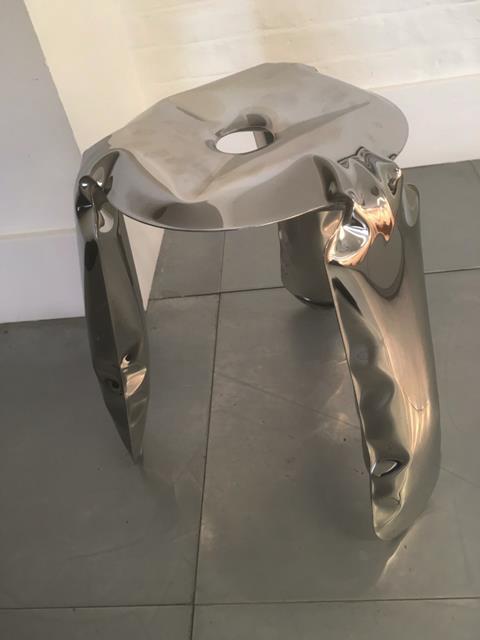 I could barely believe one of my colleagues when she said she had come across a seat that was both a balloon and made of steel – at the London headquarters of architect Piercy & Company. The small stool apparently formed part of a party invitation! Let’s hope nobody accidentally punctures it with any laser-sharpened diamonds in their pocket …