We’ve improved the efficiency of actual building no end – yet when it comes to negotiating contracts we get bogged down. It’s time to oil the wheels of contracting 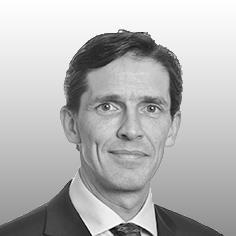 Although sophisticated analytics can, no doubt, be used to calculate the risk of any given construction and engineering project to fractions of percentage points, most projects could just as easily be put into one of two categories – business as usual or bet the ranch.

While a project may be business as usual for all (or parts) of the supply chain, the same project might be bet the ranch for the end user. The global financial crisis has changed the face of construction procurement, probably forever. There are few differences between what most end users from the public, private or third sectors want – it will usually be more from a project for less investment. The supply chain has responded well to that and continues to innovate to deliver improvements. While there remains uncertainty about overall global economic conditions, it is clear that there is not enough capacity in the construction industry to meet current demand – after years of competitive (some might say cut-throat) tendering, the supply chain is increasingly looking to do business on its terms. By way of example, many end users in the UK are having to tender work on a two-stage basis just to ensure they will have enough bidders. The problem is by no means unique to the UK market – similar challenges exist in many other countries.

After years of competitive (some might say cut-throat) tendering, the supply chain is increasingly looking to do business on its terms

So what, if anything, does this have to do with the business of construction contracts? Looking at a project as a whole, it will have a timeline running through it, from conception to operational use where certain activities will be quicker than on previous projects due to the use of best practice and latest technologies – the internet of things allows materials to be ordered more accurately and within quicker timescales and the use of SCADA (supervisory control and data acquisition) allows end users to be alerted before maintenance is required, helping to avoid system failures. However, are similar efficiencies being deployed when contracts are negotiated and signed?

In reality, there will be few occasions where an end user is commissioning a project that is so important that it is fundamental to the success of its organisation and, when it does, the contracts for such projects must have the utmost scrutiny and may merit a longer overall project timeline. But is that the right approach for the majority of transactions that fall into the business as usual camp? Many end users will want contracts in place before works or services are performed – often there are strict corporate governance requirements such as signed contracts having to be in place to get the project on the payment system. In reality, this is not a case of one side or other losing out in relation to a given project; it is more the case that the project itself loses out – in all likelihood, the completion date will be set by a specific organisational requirement and incapable of movement. The time available to settle and sign contracts is a precious, finite resource, so it needs to be used judiciously. So, how can stakeholders make best use of that time? There is no doubt that the form of contract should be proportionate for the works or services being commissioned. The form of contract should be sent out at RFP (request for proposal) stage and properly reviewed at that time (particularly where it will need the input of other specialists such as insurers). Assuming (for a moment) that an even-handed contract is issued, how much negotiation will it then really need?

All too often a document that should be seen as recording the parameters of a project will become a battleground, with parties positioning themselves at opposite ends of a risk spectrum. Most parties will have an established risk position that can be discussed and lined up at the outset, rather than trying to close a gaping chasm in risk allocation late in the day. When the contract is ready for signing, it should be processed as effectively as possible. Vast tracts of modern life are conducted online and yet few contracts are signed electronically. Similarly, assuming the contract is being signed as a deed, it only needs to be signed by one director in the presence of a witness yet many contracts still look for two.

All of this sounds simple and, in many ways, it is. If you have been shaking your head while reading this, I wonder how many of your contracts go down to the wire? If you have been nodding your head, I hope you have found something positive to make your next contract easier to settle than your last one.