General election 2019: A letter to the construction industry from the Liberal Democrats

Building has asked the three main parties to set out their commitments to construction. Here, Tim Farron on the Liberal Democrats’ plans for infrastructure 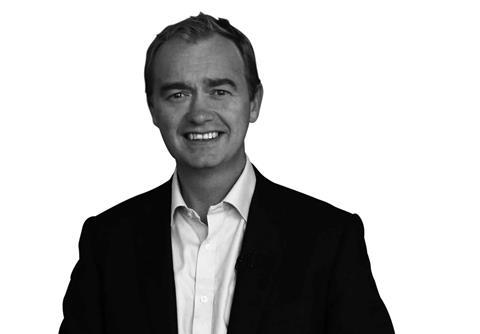 At this election we have a tremendous opportunity to take advantage of historically low interest rates to borrow for the investment in building and infrastructure that our country needs. But if we leave the European Union and lose the benefits of freedom of movement, we risk squandering that opportunity.

A Liberal Democrat government would invest big in infrastructure – £130bn of additional capital investment over a five-year parliament. That includes £10bn extra for hospital investment, £7bn more for school and college buildings, £10bn to support our ambitious social housebuilding plans and £5bn of initial capital for a new British Housing and Infrastructure Development Bank – using public money to attract private investment for these priorities.

We would work with housebuilders to create new garden cities in England, providing tens of thousands of high-quality, zero-carbon homes

Britain is in the middle of a housing crisis. The National Housing Federation estimates there is a shortfall of nearly 4 million homes across England. Much of our housing stock is poor quality. We would act to tackle this, building 100,000 homes for social rent each year and ensuring that overall housebuilding increases to 300,000 each year.

By committing to this target, by giving more powers to local authorities, by creating a British housing bank and by buying the land we need to build homes on, we will unlock the potential for housebuilding in this country.

Combating climate change would be at the heart of our investment plans, including an extra £15bn to improve the energy efficiency of our building stock over the parliament and a further £5bn to get our Green Investment Bank off the ground. All new houses would be built to zero-carbon standards by 2021. Our £10bn renewable power fund would leverage in over £100bn of extra private climate investment.

We would work with housebuilders to create new garden cities in England, providing tens of thousands of high-quality, zero-carbon homes, with gardens and shared green space, jobs, schools and public transport. We would make better use of brownfield sites, making more public sector land available and bringing more empty homes back into use.

This would be a level of infrastructure investment not seen in a long time. And compared with Conservative plans, it amounts to an extra £6bn a year.

How would we deliver this? How can we be confident the skilled workers will be there to deliver these ambitious projects?

The construction industry, more than perhaps any other sector, benefits from free movement of labour within the EU. Every week, projects large and small across the UK rely on skilled European workers, working side-by-side with their British counterparts.

Under a hard Conservative Brexit, and apparently under a slightly softer Labour Brexit too, that freedom of movement would go; the pound would be likely to depreciate further, making the UK a less attractive place for foreign workers to come to. All combining to harm the ability of the construction sector to deliver on ambitious government infrastructure plans. Outside the EU, the Conservatives and Labour simply could not deliver their plans.

Because we would stay in the EU, a Liberal Democrat government would not suffer the huge hit to our economy – 6.7% of GDP under the Conservative government’s own analysis – that Brexit would bring. We would use this additional revenue – a “remain bonus” we estimate at £50bn over a five-year parliament – to invest in education and skills, and to tackle inequality.

We would address regional inequalities, too.

Through our £50bn capital rebalancing fund we would address the historic investment disparities between our nations and regions. We would support regional growth, using public sector procurement and infrastructure investment to leverage private sector investment. We would increase regional investment in digital and physical infrastructure as an important economic stimulus.

We would expand the British Business Bank, giving it a remit to help rebalance the UK economy geographically, tackling the shortage of equity capital for start-up and growing firms and providing long-term capital for medium-sized businesses.

But we can only deliver on these ambitious proposals with a strong economy. If we leave the EU, damaging our economy, imposing barriers to trade and free movement, we will be shooting ourselves in the foot and risk failing the challenges in front of us, missing the opportunity to renew our national infrastructure.

Tim Farron is Lib Dem spokesperson for housing, communities and local government and parliamentary candidate for Westmorland and Lonsdale