As the Conservative party conference approaches, we need a positive agenda for post-Brexit infrastructure delivery to fight anti-investment uncertainty 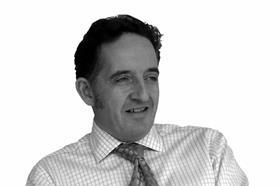 The bars and corridors of Birmingham and Liverpool are full of intrigue at this time of year as the party conference season reaches its peak, with the Conservative party conference starting on Sunday. Conferences are curious hybrids – with the agenda inevitably driven by the short-term sound bite as well as long-term vision and policy. In 2018, our outside-in view of proceedings will probably be dominated by the intrigue and party divisions associated with Brexit and candidate reselection rather than the equally serious business of setting policy and direction – at the time of writing, this has been the case at the Labour party conference. From the inside, let’s hope the focus is on the future of the UK – not just the future of a party or a politician.

So, what does the construction industry need from the conference season other than a fair hearing? With a sector deal in the bag, delegates could be forgiven if they felt that the construction industry was off their immediate agenda, and that there are either more pressing problems or visionary ideas to pursue. No party ever got elected by promising to fix the roof, but given the combination of the industry’s skills crisis, the UK’s housing shortage and an infrastructure deficit, the ability of the UK to build its future needs to be part of the policy debate.

No party ever got elected by promising to fix the roof, but […] the ability of the UK to build its future needs to be part of the debate

Let us be clear that 2018 is presenting a hugely challenging environment for construction businesses. While there are plenty of opportunities for businesses to invest in their future through the sector deal and the forthcoming innovation hub, at the same time, there are growing uncertainties – not only associated with labour supply and the deliverability of contracts post-Brexit, but also the visibility of pipeline. This is particularly the case in the public and commercial sectors, where a client’s ability to commit to investment is equally hemmed in by their own uncertainty with respect to demand and finance. It is a tough time to invest in the future of the industry when the short-term prospects are so unclear.

However, the overall prospects for the industry and the prospectus of the sector deal are sound. It is no coincidence that infrastructure and places are at the heart of the UK industrial strategy. We know that there is a large unmet demand for housing and infrastructure delivery and the UK is an attractive destination for investment from both the UK and overseas. The recent completion of the world’s largest offshore wind-farm in the Irish Sea, the Walney extension, which was developed by Danish firm Ørsted with a global supply chain, highlights the global nature of much of the £600bn-plus infrastructure pipeline that the UK needs to drive innovation and investment.

But to maintain investment at the level of Walney often relies on a leap of faith as well as a sound business case to drive through all the barriers associated with development, even if the ideas are sound and investable.

So, what can the assembled party faithful do to contribute to the debate and prospects for construction? It will help if the conferences are positive – looking beyond the very real difficulties associated with Brexit and a second referendum to set out a confident, expansionary agenda for the post-Brexit era. Sending out the clear message that the UK is investing in its future infrastructure will set the right mood music – even if it can’t be backed up by concrete commitments. Following Theresa May’s humiliation in Salzburg, this approach is more important than ever. The inward-looking narrative can’t be allowed to continue.

Warm words aren’t enough, so I also expect to hear some practical proposals demonstrating that both parties understand the critical issues and can get behind the sector deal and the industry.

The first area for me is around spending commitments. Not the unfunded promises that are so easy to make during conference, but the assurance the Comprehensive Spending Review will be completed in spring 2019. This may sound a little technical, but the sector deal is underwritten by government’s ability to use its spend to influence the supply chain. By demonstrating that long-term funding is in place, spending departments will be able to assert this role.

The second concerns an infrastructure investment bank. The UK has been the largest beneficiary of the European Investment Bank (EIB), securing more than €8bn (£7.2bn) of finance for projects. With Brexit, access to this finance is now closed. Although much of the funding behind the EIB came from the UK, there are no immediate plans for a replacement. Any hiatus caused by access to funding could delay crucial projects. Again, a positive vision around the UK’s plans for delivering enabling finance will give industry the assurance to invest in the prospects of the pipeline.

Finally, I would like to see more concerning the role of cities and combined authorities and how they will work in a joined-up way to maximise the benefit secured from big-ticket infrastructure projects. For example, how are London and Birmingham working together to ensure the full benefits of HS2 are secured through masterplans at Euston, Old Oak Common and Curzon Street?

Party conferences are where political careers are launched and derailed, where policies are tested and where future agendas are set. As our leaders lay out their final pre-Brexit vision and platform, let’s hope that these ideas are genuinely constructive.