Hackitt report: The industry must step up and play its part too 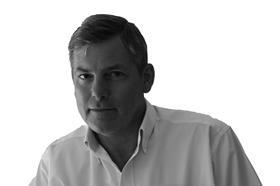 Dame Judith Hackitt’s much-anticipated full report has now been published: so, what happens now? The report answers this question, at least in part, and gives us some direction as to what will need to change, and even some clues as to how. The rest is up to us.

Hackitt’s report is in many ways what we expected – fleshing out many of the themes identified in December’s interim report. As promised, very little has been left unconsidered. The report proposes a new regulatory framework authority – the Joint Competent Authority (JCA) – and new mechanisms for compliance with regulations, with real penalties for failings, as well as a rationale for checking work. Many who contributed through the working groups and the wider community will be pleased and supportive of the report.

But Dame Judith also challenges the industry and government alike to put its house in order. The key points that she identified were symptoms of systemic failure: a broken system that requires cultural change. Undoubtedly, in the post-Grenfell era, the construction industry needs to reflect, learn and act. But can we agree on the direction of those actions?

We are now waiting for the government to respond to the findings of the report, and we are likely to see a range of actions stretching out over the forthcoming months and realistically years to come. However, there is an expectation that reform should be pushed through as fast as possible. Before the report was published, work had already been started to clarify Approved Documents B (dealing with fire safety), the future for desktop studies, and the future approach to testing. But there are also many complex areas yet to be considered, especially the formation of the new regulatory overseeing body, the Joint Competent Authority, technical clarity for products and addressing skills and competence shortfalls.

These are all necessary, but we have our part to play, too. The construction sector is not known for its ability or readiness to undergo substantial reform – but nonetheless it has some real issues to confront and now needs to step up and not just wait for government to drive all the actions. Already, debate is rife over the content of the report but before we leap to conclusions, everyone needs to carefully read the Review and reflect on the detail before jumping to conclusions or negative assertions.

The industry has an imperative to deliver buildings that are safe and perform in all conditions as expected. There is certainly hope that this can be achieved. Previously, health and safety reform has seen huge success and the BIM revolution has made progress, both admittedly not complete yet but they stand as examples of what can be done where there is a will.

This is probably the most important period of reform that any of us will see for the construction industry – and it needs all of our participation and commitment if we are to regain the public’s trust.