That there is no London-wide strategy for tall buildings is one of the major challenges for developers, writes Tim Fogarty 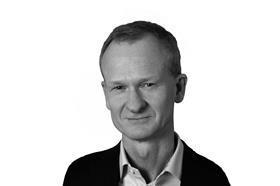 New London Architecture’s (NLA) Tall Buildings Survey 2019 has highlighted the rise of tall buildings across London’s skyline. Released in March, the report suggests London’s landscape could transform over the next decade, with 541 buildings of over 20 storeys high in the pipeline.

As 90% are designated primarily for residential use, this could go some way to addressing housing shortages. However, with only 25 completions in 2018, just half of what was predicted in the previous year’s study, it is clear that it may be premature to say London’s skyline is set to change beyond recognition.

Developments are increasingly coming up against complex rights to light, as well as having to satisfy local planning authorities that they comply with daylight and sunlight policy. If tall buildings are to flourish across the capital, rather than in isolated pockets, it is clear that a joined-up approach is vital.

It’s important to make the distinction between daylight/sunlight and rights to light. Rights to light are the private easements regarding the light passing through windows and other openings in a building. Daylight/sunlight is an assessment of the level of light to be enjoyed by the occupants of a proposed development, as well as neighbouring properties.

Following the High Court’s decision in Rainbird, planning officers are increasingly keen to ensure they are seen to robustly analyse daylight/sunlight impacts of new schemes, and in particular taller buildings (which tend to be more controversial).

Assessments are made based on BRE guidelines, along with relevant development plan policies. The guidelines themselves, along with the National Planning Policy Framework (NPPF), its accompanying guidance (NPPG), and the London Plan, all confirm that a flexible, commonsense approach needs to be applied. There is, however, little uniformity between boroughs, even where they have developed local policies that specifically account for tall buildings and the particular impacts they might have.

That there is no London-wide strategy for tall buildings is one of the major challenges for developers. Without local agreement on how BRE guidelines are interpreted, developers will continue to face shifting goalposts, without the certainty of policies to design towards. It’s imperative that a pragmatic and consistent approach is agreed to unlock delivery.

While rights of light may not impact planning decisions in the same way as daylight/sunlight assessments, infringements of these private law rights can have significant impacts on developments (either financially, or in certain cases, by leading to injunctions).

Rights to light (and other private law rights) can be overcome by councils exercising their powers under Ssection 203 of the Housing and Planning Act 2016, which, subject to certain conditions, allows these private law rights to be overridden and converted into a right to statutory compensation (which can reduce financial risk as well as precluding injunction proceedings). However, authorities take differing approaches to the use of these powers (including sometimes markedly different approaches to discretionary consultation), so it is imperative that developers and councils are in alignment from day one as to how and when these powers might be exercised, rather than scrambling to deploy them late in the process.

Tall buildings are complex developments and by their nature bring unique difficulties. As well as light considerations, wind and glare are other issues that developers and councils need to address.

For all market participants, general uncertainty around how best to agree an approach to such schemes is a particularly thorny issue.

Planning authorities need to open up a greater dialogue and use policy frameworks such as the NPPF and the London Plan to codify their aspirations and ensure a level playing field across London, and developers need to ensure that they are clear on what they need (and when they need it) from those authorities to unlock delivery of often tricky schemes.