As we scramble to address the housing crisis and rapidly changing demographics, we must not overlook the positive difference good design can make to the lives of people and communities 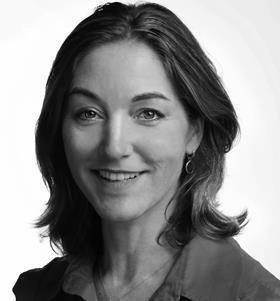 There’s nothing quite like travel to give you a new perspective.

Last year I travelled to Singapore, where I was pleasantly surprised at people’s ability to live in small compact spaces, combined with generous shared inside and outside areas with excellent communal amenities. Architects were designing sky gardens and breaking up tall buildings every 30m (the maximum distance in which you recognise someone’s face) with outside open space. These communal areas encourage interaction, and create opportunities to get to know your neighbours. Clever, thoughtful solutions by designers with people in mind.

Last week I visited China, and the contrast could not have been more stark. Despite all that I had read and been told about the place, I was still shocked by the scale of construction and the acres of concrete. What little greenery there was I found covered with a thick film of dust. There seemed little appreciation or thought given to those of us at a human scale navigating the streets and residual spaces left behind. Clean, fresh air is something we all take for granted, but when it’s taken away from you, you’re left feeling helpless and angry – tight-chested and red-eyed.

The relentless housing blocks offered few opportunities to nurture any sense of community – ironic I thought, considering the origin of the word. That feeling of “place” gets harder and harder to achieve the denser and higher you build. Too often, spaces and amenities that make a place are lost in the first round of value engineering, or at worst aren’t designed in the first place – something that is common the world over.

As we in the UK struggle to deliver the 200,000 homes a year we need, it’s important to learn from others’ successes and mistakes. When we’re trying to achieve high numbers, our focus must be on quality as well as quantity: something that those in the developing countries will need to be increasingly mindful of. And as the housing crisis continues to dominate thinking over here, we need to bear in mind that the answer to the eye-watering numbers needed is not always breakneck speed.

Above all, we must never forget that houses are homes, homes make a community, and communities make a place. My practice, dRMM, has spent the past 20 years designing places that try to foster a sense of community. Our latest housing scheme, Trafalgar Place, has been recognised for just this.

I was brought up in a family where owning a house was not seen as important. We rented an apartment in a commune set up by my grandfather. Started in the late 1940s, three families added together the equivalent cost of a home, and with the combined money were able to buy a large house – many of which were sold cheaply after the war. The original agreement gave one room per person, families would have apartments but move around as they increased or decreased in size. With single residents sharing bathrooms and kitchens, a nursery was set up to allow single mothers to work and after some time, dedicated offices built so you could work from home.

Living communally taught me many things, from the value of sharing to the worth of both older and younger generations, as well as the importance of looking after others; I still cook for my elderly neighbour every Sunday night. In most other situations she would have to go into a care home.

With an ever-growing and ageing population, we have to embrace alternative housing models and be smarter about the way we live

This way of living isn’t for everyone, but as demographics change and we have to deal with an ever-growing and ageing population, we have to be prepared to embrace alternative housing models and to be smarter about the way we live.

Creating communities from scratch is a big ask and is almost impossible to achieve with immediate effect. The infrastructure needs to be right from the start, with the flexibility to allow for the expected and, more importantly, the unexpected.

So, just for the record, “modular” and “prefabrication” do not need to translate to “banal” or “soulless”. Small things do make a big difference. Mean, north-facing windows leave an interior devoid of sunlight. Getting to know your neighbour is easy when the stairway is designed for integration and localised use. Double aspect offers a wider perspective, especially when you can look out at your children playing safely outside.

And most importantly, as an industry, we really do have the ability – and the expertise – to design high-quality, sustainable buildings and masterplan them into great places, integrating community activities and shared spaces for everyone.

The next time someone mentions a big number or an ambitious deadline – be they local authorities, developers, housebuilders or their consultant teams – of course we should say, “That’s fantastic!” but we must also pause for a moment and ask, “But what will it be like to live there?”